The drones are coming. In fact, they're already here.

Depending on whom you ask, drones went mainstream in 2015 -- or maybe it was 2013, or 2017. One thing is clear: Watching the local fireworks display this past July 4th, I counted no fewer than half a dozen drones hovering above the festivities, their LEDs glowing steadily among the explosions.

I'd say that's pretty "mainstream." If you've been holding off on investing in drones stocks to see if drone technology is a fad that will fade or a new fixture of daily life, well, that debate is over. Drones are here to stay -- and it's time for us to find some drone companies to invest in.

Which companies, precisely? For various reasons, I think you should give serious consideration to three drone stocks: AeroVironment (AVAV -0.63%), Boeing (BA -1.73%), and Northrop Grumman (NOC -0.56%). 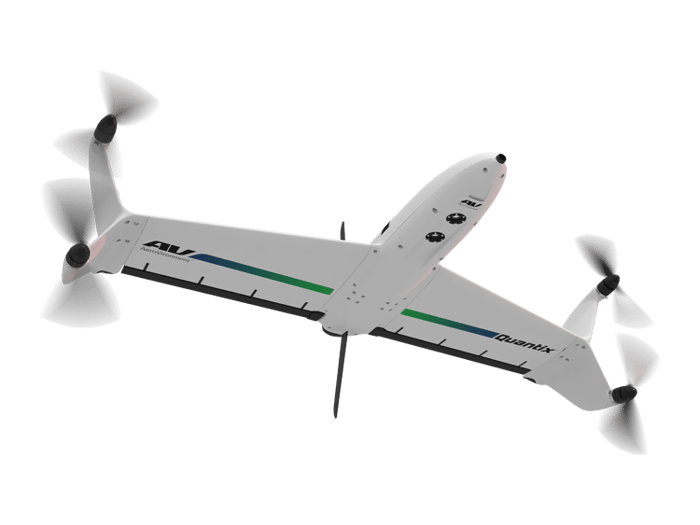 Let's start with AeroVironment, the clear leader among publicly traded drone companies selling small drones to the military (civilian drone technology remains mostly the domain of private companies). Since its inception, AeroVironment has sold tens of thousands of Raven, Wasp, and other small "unmanned aerial vehicles" to the U.S and other militaries around the world. Wall Street believes it will sell tens of thousands more drones before it is done. According to data from S&P Global Market Intelligence, the average expectation among analysts who follow AeroVironment is that this stock will grow its earnings at nearly 36% annually over the next five years.

This belief in AeroVironment's hypergrowth future is probably one big reason AeroVironment stock costs so much -- more than 73 times earnings at last count. Before investing in the stock, however, individual investors should be aware that over the past three years, AeroVironment's annual sales growth has averaged less than 2%, while its profits on those sales have been declining at the rate of about 2% a year.

Suffice it to say that if AeroVironment is to fulfill Wall Street's lofty expectations, it has a lot of work ahead of it. AeroVironment has great potential -- but its success as a stock is still uncertain.

A safer way to play the drones trend might be to invest in a drone company that's a bit more diversified away from building just drones. Boeing fits that definition.

As the biggest name in commercial aerospace, and a builder of large, manned military aircraft as well, Boeing commands a robust business that can draw from many revenue streams while the drone trend develops. Contrasted with AeroVironment's $265 million in annual sales, Boeing boasts a business worth nearly $93 billion per year.

Granted, Boeing's drone business, largely contained within its Insitu subsidiary, represents perhaps 1% of this sum, so if you're looking for a "pure play" on drone technology, Boeing probably isn't the stock for you. But it's hard to argue Boeing isn't a safer way to invest in drones, because as expensive as AeroVironment's valuation appears, Boeing's valuation looks downright cheap.

Priced at a below-market 25.7 times earnings, Boeing generates so much cash profit that its price-to-free cash flow ratio is only 14x. Relative to a growth rate that analysts put at 15.5%, that makes Boeing stock cheap. Plus, Boeing pays a 2.7% dividend yield -- which is 2.7 percentage points more than AeroVironment pays.

Nearly as big a defense contractor as Boeing, Northrop Grumman offers similar diversification for investors who don't necessarily want to put all their eggs in one drone basket. At the same time, Northrop Grumman is even more invested in drones than Boeing -- and thus a better play on the future of drones.

Whereas Boeing's best-known drone is the smallish ScanEagle, Northrop Grumman offers a whole range of larger drones that are proving popular with the military -- Fire Scout (a robotic helicopter), Global Hawk (a high altitude, long endurance, plane-like drone), and Global Hawk's nautical cousin, the MQ-4C Triton maritime surveillance drone. Northrop Grumman also built the X-47B, the first fighter jet-sized combat drone capable of launching and landing from aircraft carriers. Its latest drone project is the DARPA-backed "TERN," an armed, propeller-driven drone designed to launch from and land on warships as small as a frigate.

Northrop Grumman stock doesn't throw off as much cash as Boeing does, and analysts don't expect it to grow as fast, either. Still, Northrop stock looks cheaper than Boeing from at least one angle -- P/E, where its price-to-earnings ratio is just 20.7. If Northrop could just do a better job of generating cash from its business, Northrop stock could be an even better bargain than Boeing.