Dynastic wealth can be built by buying -- and holding -- these three stocks.

I read my favorite Motley Fool article of all time before I ever started writing for the company. It was penned by our co-founder and Chief Rule Breaker, David Gardner. The Greatest Secret of All talks about how, at the of 25, David and his brother inherited some of their grandfather's trust. Upon learning this, they went to the investment firm that held this money and could not believe what they saw: "Stocks that were trading for $30, $40, $50 a share on that day had been held for years and years, invested at cost bases of $1.57, $2.34, $0.88."

That led David to one simple conclusion: "Find good companies and hold those positions tenaciously over time to yield multiples upon multiples of your original investment." 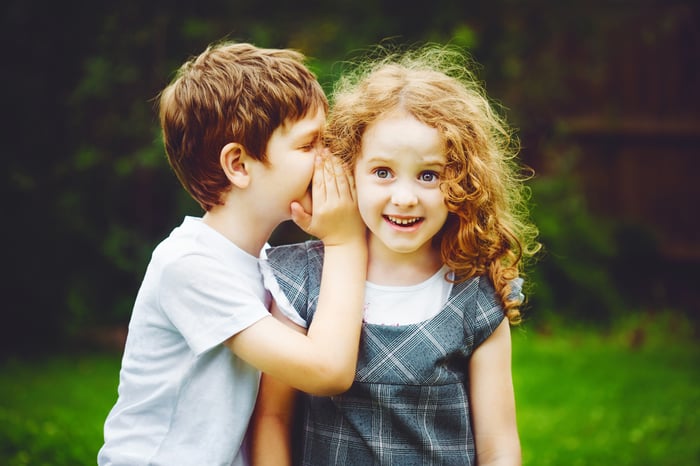 In the spirit of that lesson, three of our analysts explain why Teladoc (TDOC 2.25%), Amazon.com (AMZN 2.10%) and Netflix (NFLX -0.84%) could be the type of holdings that produce the same dynastic wealth for your future generations.

Disrupting your visit to the doctor

Brian Feroldi (Teladoc): Many people dislike going to their doctors. Beyond the testing and prodding, visits often require taking time off from work, filling out loads of forms, and waiting endlessly for the doctor to finish up with other patients.

Teladoc is attempting to disrupt this arduous process. It allows patients to get in touch with a doctor over the phone, or through video conference on demand. A patient simply opens the app or goes online, and within minutes, they're connected to a board-certified doctor who can review their records, provide help for a range of symptoms, and even write a prescription.

This convenience is starting to catch on: In 2016, Teladoc facilitated more than 950,000 visits, which was up 65% over the prior year. What's more, the average member reported a satisfaction rate of 95%, which speaks volumes about how much value they derive from the service.

All of that visit growth is allowing Teladoc's top line to soar. Over the past three years, revenue has grown at an 80% annualized rate. While the company is still unprofitable, management believes that it will reach breakeven on an adjusted earnings before interest, taxes, depreciation, and amortization (EBITDA) basis later this year.

Can Teladoc keep up this torrid rate of growth? While there's no way to know for sure, I'm encouraged by the fact that Teladoc has penetrated less than 1% of its $29 billion addressable market opportunity.

Given the extreme convenience of its services and massive room for growth, I don't think it takes a lot of imagination to see this company continuing to succeed. If true, then Teladoc could certainly turn into an investment worth bragging about.

If Amazon isn't around, it'll be because it was forced to split up

Brian Stoffel (Amazon): I remember reading Motley Fool co-founder Tom Gardner's section of Rule Breakers, Rule Makers. In it, he said that we actually want to own companies that undergo antitrust scrutiny -- not because there are some shady backroom deals or monopolies via illegal tactics, but because some companies just become so dominant that no one can compete.

We have that in Amazon. It started out disrupting a very specific niche: books. Since then, however, there aren't many industries that haven't been forced to rewrite their rules. Retailers, shippers, content (TV and movies, alike) creators, and grocers, have all been put on notice: Make your customer experience the best in the world, or you'll lose out to Amazon.

That's had a powerful effect on those lucky enough to own shares over the past 20 years. Our own David Gardner -- Tom's brother -- bought Amazon for a split adjusted $3 a share back in 1997. Since then, it has gone on to return 33,200%! I firmly believe CEO Jeff Bezos will go down in history as the Henry Ford and Steve Jobs of his era when he's done.

For investors who think they've missed the boat, I would say this: The company occupies over 20% of my real-life holdings and I have no intention to sell. The move into groceries is next, but there's no telling what comes after that. Even at its mammoth size, Amazon was able to increase sales by 50% over the past two years, and there's no telling how much free cash flow can reach the bottom line once spending tapers.

Rich Duprey (Netflix): Having first turned the movie-rental business upside down with its rent-by-mail business model and then the TV industry with the production of quality original content, Netflix is now setting its sights on Hollywood, and is ready to upset how movies are released to the public. The movie-streaming service is a company that you can not only brag about, but your children will be able to, as well. Who knows... maybe even the grandkids will be able to puff out their chests about Netflix.

Netflix reported second-quarter financial results that blew away internal and analyst predictions. Not only did it notch $2.79 billion in revenues for the period -- 32% higher than last year -- but profits jumped by more than 60%, to $66 million. More importantly, Netflix blew away subscriber-growth estimates, adding 5.2 million new members, well ahead of their 3.2 million forecast.

Most of the subscriber gains came from overseas, with only about 1.1 million added here at home, but that strength has allowed Netflix to commit to spending $6 billion a year on new content. So far, that has been original TV programming like House of Cards and Orange is the New Black, but now it's turning its attention to feature-length films. In the earnings release it noted, "this year we will release 40 features that range from big budget popcorn films to grassroots independent cinema."

There was a time when the movie studios sought to cripple Netflix by refusing to give it early access to their theatrical releases. They wanted to try to sell DVDs first before letting people see them in their homes. Now, Netflix is turning the tables once more, undermining the "century-old windowing tradition" by releasing these big-budget features directly to its streaming service.

Certainly there's an upper limit to just how big Netflix can get, but it has, by no means, reached it yet. And that's good for future generations of investors.