After an uncertain outlook for the industry at the start of the year, it's turned out to be a pretty good year for network cybersecurity companies, and the latest results from Israeli company Check Point Software Technologies Ltd. (NASDAQ:CHKP) this week confirmed an industry in good shape. That said, there were a couple of points that might have left investors concerned. Let's take a look at them in the context of a broadly positive set of second-quarter earnings. 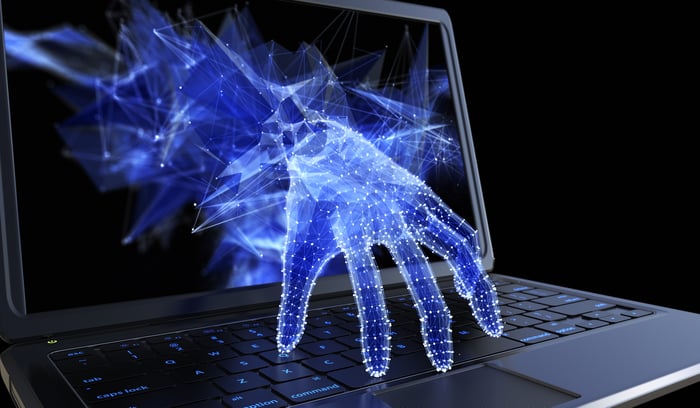 As usual, management gave guidance for the next quarter and the full year. It estimates:

It's worth noting that the midpoint of third-quarter revenue guidance implies a growth rate of just 4.6%, a significant decline on the 8% reported in the second quarter. CEO Gil Shwed took time to explain why this was likely and why the guidance range was so wide.

Shwed said during a conference call with analysts that the third quarter contains a "high level of uncertainty, given the summer vacation around the world and the fact that large projects tend to shift to year-end." In addition, this year Yom Kippur will happen on the last day of the third quarter. "During Yom Kippur, the entire country is at a complete shutdown and we won't be able to operate any business activities. Given that and the fact that usually a substantial amount of business arrives in the last day, that may result in a significant shift in revenues despite our effort to manage the process," Shwed said.

On a more positive note, the full-year guidance was left unchanged, suggesting any revenue lost in the third quarter would fall into the fourth quarter. In addition, Shwed went on to insist that the weak-looking guidance was "purely based on Yom Kippur."

Of course, whenever near-term guidance looks weak, analysts and investors look for signs of potential weakness, and analysts immediately seized on CFO Tal Payne's comment that "high end was softer due to lower activity in the financial verticals relating to few large deals that had a tough compare, compared to last year."

Given that Check Point is known as the industry leader in more expensive high-end solutions and financials is a key industry vertical, it's not surprising that analysts were concerned. Shwed said regarding financials, "I think the pipeline is quite strong and we do have some large deals that are waiting to be closed right now." Furthermore, Check Point is coming up against "some unusually large deals" in the same quarter of last year.

It's also worth noting the quarter marked the first quarter since the start of 2015 in which non-GAAP operating income growth outpaced revenue growth. The reason? Following eight consecutive quarters where non-GAAP operating expenses increased by double digits, they increased just 7.7% in the second-quarter. 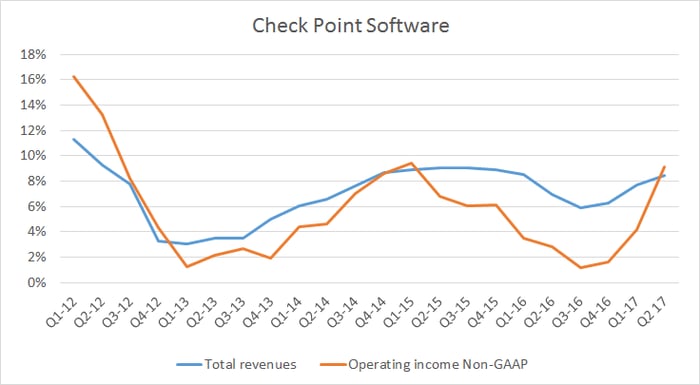