There's no stock that makes the market shudder like Amazon.com (NASDAQ:AMZN). Every time the e-commerce giant enters a new sector, rival stocks plunge. We've seen this phenomenon three times in a little more than a month. First, food retail stocks plummeted when Amazon announced it would buy Whole Foods Market, and just last week, appliance retailers like Best Buy, Lowe's, and Home Depot all fell by several percentage points after Amazon partnered with Sears to sell Kenmore appliances on its website that are also connected to Alexa. Separately, Blue Apron sold off after Amazon trademarked a meal kit service.

While Amazon no doubt has substantial market power, there are at least a few stocks it hasn't been able to stop despite attempts to compete with them. Let's take a look at a three of them. 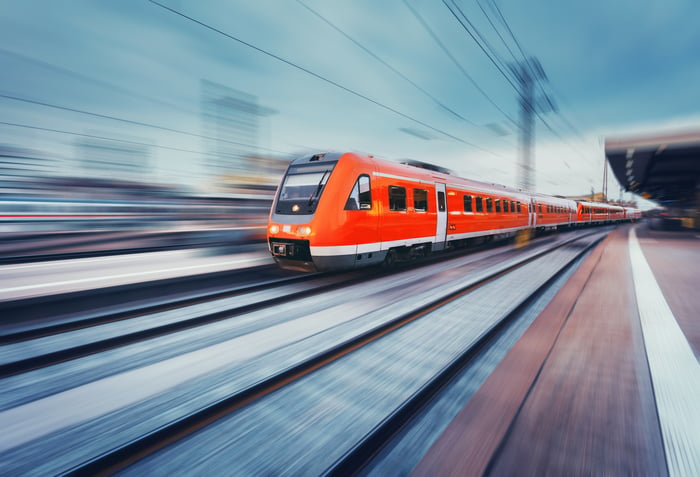 Netflix Inc (NASDAQ:NFLX) pioneered the video streaming space, but Amazon.com (NASDAQ:AMZN) followed Netflix into the originals space with its own critically acclaimed shows and bundles video streaming with Prime, an advantage that Netflix can't match. Amazon has rapidly increased spending on video content as well as it plans to spend $4.5 billion this year, not far behind Netflix's $6 billion outlay.

However, Amazon's efforts have done little, if anything, to derail Netflix's growth. The leading streamer added a whopping 5.2 million subscribers in its most recent quarter, its best second quarter ever, and topped 100 million subscribers globally. As Netflix CEO Reed Hastings theorizes, the video entertainment market is so big that various options like Netflix, Amazon, and HBO act more like complements rather than competitors, especially since they all offer different programming.

Despite being slightly more expensive than Amazon, Netflix has its own set of advantages such as a brand being fully synonymous with streaming and a bigger slate of original programming than anyone else. That strength was on display recently when Netflix scored 5 of 14 total nominations for best TV series for this year's Emmy awards.

While Amazon is likely to increase spending on video content, it won't slow Netflix down.

Costco Wholesale (NASDAQ:COST) was among the group of stocks that sold off after Amazon acquired Whole Foods. In fact, the stock has fallen nearly 20% since the announcement, but Costco's model has held up better than pretty much any other brick-and-mortar retailer in the e-commerce era. U.S. same-store sales jumped 6% last month and are up a respectable 3% both in the U.S and globally in the first 36 weeks of the fiscal year.

Like Amazon, Costco continues to gain market share in retail, and its membership model, like Netflix's, has proven to be complementary with Amazon Prime as there is significant overlap between the two services.

Some including myself have faulted Costco for not moving into e-commerce faster, but it's hard to blame management for sticking with what works, especially with comps up 6%.

Shopify (NYSE:SHOP), the upstart e-commerce management company, fended off a direct challenge from Amazon. Amazon once had a competing product to Shopify, called Webstore, but shut down the service in March of 2015.  It was a surprising move as Amazon, with the biggest e-commerce marketplace, already has a relationship with thousands of online sellers and therefore seems primed to sell them management software.

Later that year, Amazon teamed up with Shopify, migrating its Webstore customers onto Shopify's platform. Amazon also added its payment technology on Shopify. The upshot of the move was not just the elimination of Amazon as a competitor, but also the endorsement of the biggest e-commerce platform.

Shopify made a similar deal earlier this month with EBay, and it continues to put up rocket-like growth with sales nearly doubling last year. Shopify has become the leading e-commerce management platform with more than 325,000 customers. With Amazon and now EBay's backing, its competitive position should only become stronger.