The consensus stateside may be that diamonds are a girl's best friend, but that's not the case in the world's largest gold market -- China.  The World Gold Council reported world jewelry demand was up slightly in Q1 2017, driven largely by India, where gold jewelry demand increased 16% year over year to 92.3 metric tons. Nonetheless, it's China that remains the largest market. In the first quarter of 2017, China's gold jewelry demand was 176.5 metric tons, while global demand for the same period was 480.9 metric tons. How does the United States rank? Despite the U.S. reporting its strongest first quarter since 2010, its demand -- 22.9 metric tons -- pales in comparison.

But that's just one quarter. Perhaps there's seasonal variation in the different markets? According to the World Gold Council, in fiscal 2016, China's jewelry demand was 629 metric tons. India and the U.S., meanwhile, had demand of 514 metric tons and 118.3 metric tons for the full year, respectively.

Although this may come as a surprise to some of us, one company familiar with China's love of gold -- among other precious metals -- is Tiffany (NYSE:TIF). In fiscal 2016, Tiffany reported that its Asia-Pacific segment accounted for 25% of the company's net sales, and of that, China accounted for more than half. 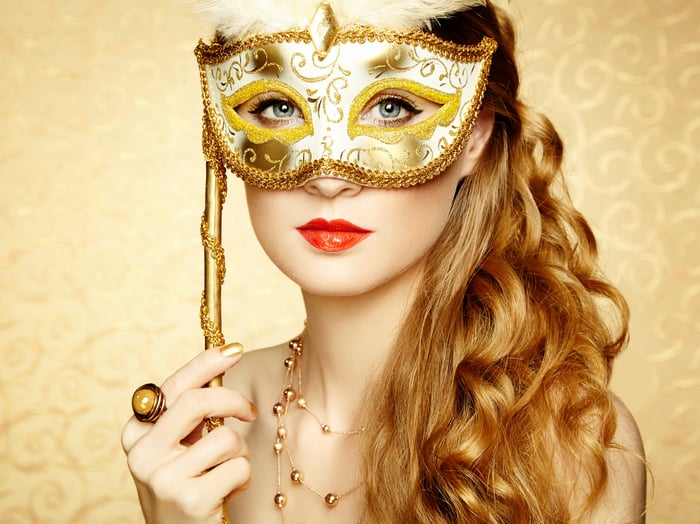 Big changes behind the Great Wall

In China -- like the U.S. -- gold is a cultural symbol of wealth and luxury, so it's not surprising that the market is so large. For many years, however, ownership of the metal was illegal; the Chinese government had imposed a ban in 1950 which outlawed private ownership of gold. In 2004, though, the government lifted the ban, inspiring a gold rush of sorts. This was one of two factors that led to the nation's emergence as the world's premier gold jewelry market. 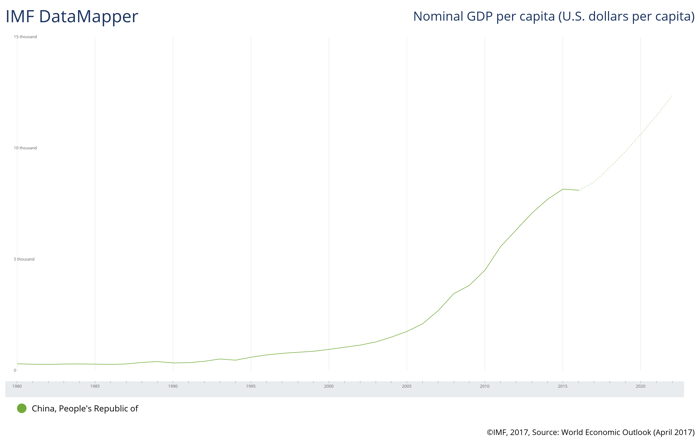 Another main driver of China's burgeoning gold jewelry market is the country's rapidly growing middle class. McKinsey and Company, in a report from 2013, characterized China's middle class as earning between 60,000 to 229,000 renminbi, or approximately $9,000 to $34,000 a year. According to the research firm, while only 4% of Chinese urban households fell into this category in 2000, they accounted for 68% in 2012.

With the lifting of the ban on private gold ownership occurring around the time millions of Chinese citizens were enjoying gains in wealth, it's no wonder the country has emerged as the largest gold jewelry market.

Looking for gold in the crystal ball

It's improbable that gold will lose its cultural value in the future, and although there are signs that gold is losing popularity, it's unlikely that another country usurps China's position as the premier gold jewelry market anytime soon. 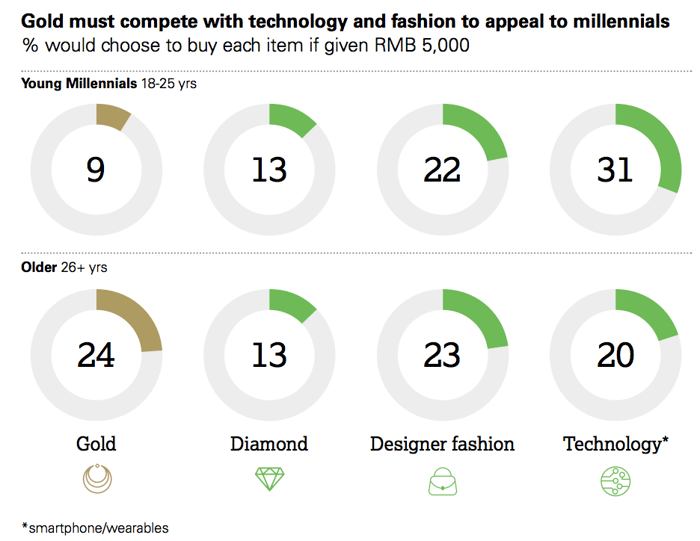 According to the World Gold Council, younger consumers are more interested in technology than gold jewelry. Unsurprisingly, tech companies recognize the potential. For example, on Apple's (NASDAQ:AAPL) most recent conference call, CEO Tim Cook stated that he and the company "continue to be very enthusiastic about our opportunity in China." This isn't wild-eyed optimism. If China's middle class to continues to grow -- even if it's not as quickly as the past 15 years -- there will be plenty of iPhone buyers.

For thousands of years, gold jewelry has appealed to cultures around the world, and it will surely continue to do so in the years to come. Granted, it's appeal may ebb and flow between the younger and older generations, but those are merely trends -- far from an indication of a paradigm shift in the world's appreciation of the yellow stuff. As a result, gold miners should see no reason to put their shovels away anytime soon.