Shares of the apparel and lifestyle retailer tumbled as sales and profits have slumped.

Shares of Urban Outfitters, Inc. (URBN 4.67%) have been getting shredded this year, as the hip clothing and lifestyle company has tumbled along with other apparel retailers. According to data from S&P Global Market Intelligence, The stock has given up 39% so far this year. 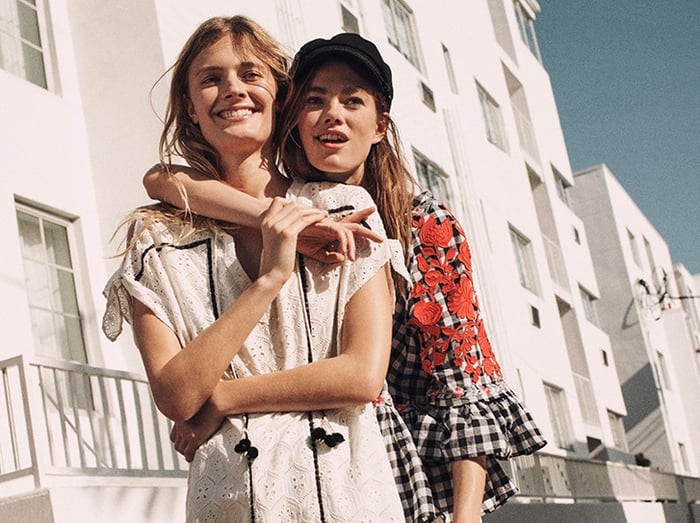 The stock's decline has come in several stages over the course of the year. 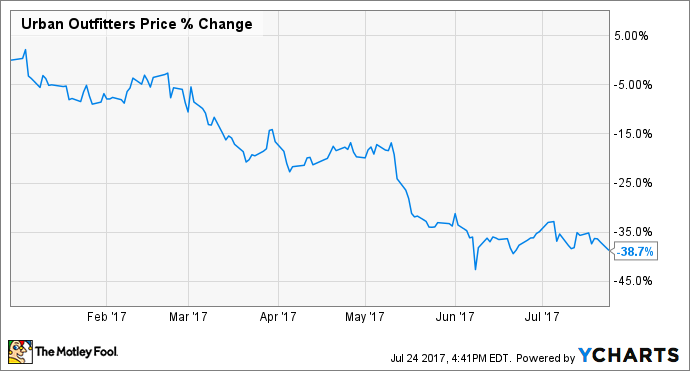 Like a lot of department-store chains and mall-based retailers, Urban Outfitters has a rough 2017. Mall traffic is declining and e-commerce is rapidly taking share from brick-and-mortar stores.

The stock started falling early in the year as a number of department-store chains reported weak holiday sales, a warning sign for the rest of the apparel retail industry.

The stock slipped again when the company posted its own fourth-quarter report in March, as CEO Richard Hayne issued a grave retail warning. Comparable sales increased in two of its three key concepts, Urban Outfitters and Free People, but fell by 3% at Anthropologie. Earnings per share dropped from $0.61 to $0.55, missing estimates by a penny, as gross margin compressed.

In the earnings call, Hayne warned that there was a retail bubble, much like the housing bubble of last decade, which would result in closing stores across the industry for the foreseeable future.

The stock dropped 3% on the news and continued to fall through March. In May, shares dropped 17% in the week leading up to and including its first-quarter earnings report. This time around, the company saw comps drop 3.1% at Urban Outfitters and 4.4% Anthropologie. Increased markdowns led to falling profits, as earnings per share dropped from $0.25 to $0.10.

Urban Outfitters is working to build out its direct-to-consumer channel, but the near-term outlook looks weak, as growth in that segment hasn't been fast enough for to counteract falling in-store sales.

While Urban Outfitters' collection of brands makes it stronger than other flailing retail concepts like department stores, the stock is unlikely to bounce back this year. Still, at a P/E of 12 based on this year's expected earnings, the stock would offer value if sales turn around. For now, the retail sector's troubles are far from finished.