The result can ruin a portfolio. 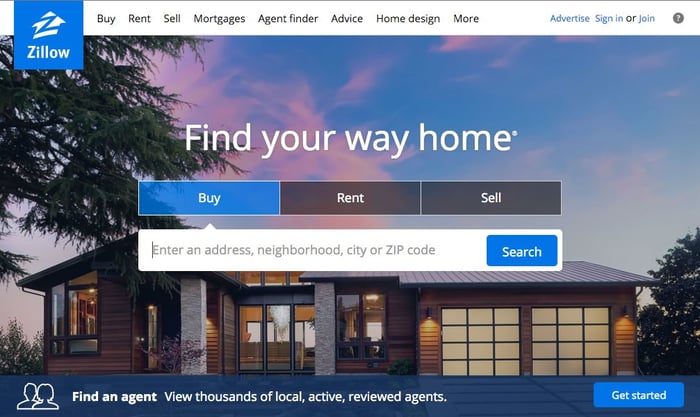 Zillow Group is the leading internet provider of real estate information in the United States operating under brands such as Zillow, Trulia, StreetEasy, and others. Its various branded sites are available both as internet web sites and as mobile apps. Its primary stream of revenue is provided by real estate professionals who advertise on the sites to find clients.

Amazon and Zillow are neighbors both having headquarters located in Seattle. Relatively speaking Zillow is a Lilliputian compared to Amazon.

On the morning of Jul. 12., social media lit up with the conversation that Amazon was about to invade Zillow's turf by opening a real estate category on its website with what appeared to be a web page titled "Hire a Realtor," along with a banner that read "Coming Soon." The page was quickly taken down. 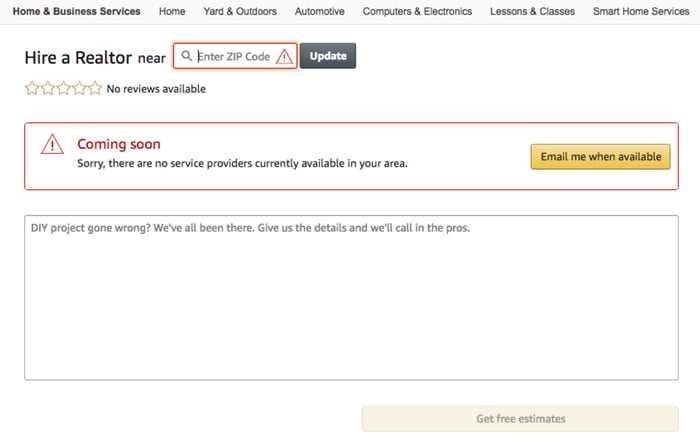 Zillow's stock was hammered down as much as 5.5% during the day as investors jumped to the conclusion that where there is smoke there must be fire. The next day it fared no better falling as much as 5.9% from the July 11'th closing price of $46.15.

False alarm nothing to see here

On July 14th the smoke began to clear as The Seattle Times published a story titled "Amazon heading into real estate? Fake news, source says." The bottom line of the story is that Amazon is not commenting on what people saw, and an unnamed source familiar with the company's thinking called the speculation "fake news."

Zillow's stock price rebounded on the day the story was published and closed on July 14th at $46.52, slightly higher than the close of the day prior to all this noise hitting social media. 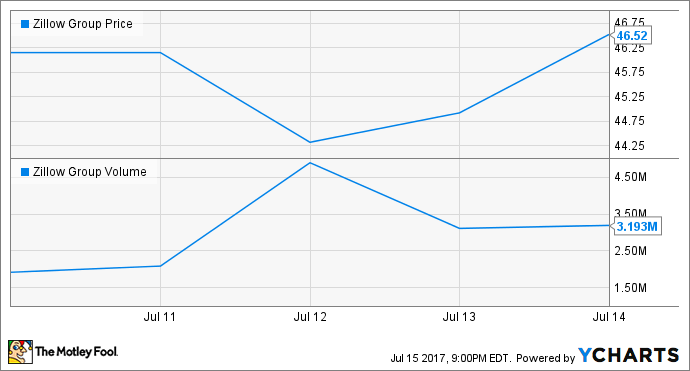 Based on all the information we have at hand I think we can safely say that we have no idea if Amazon will get involved in the real estate business. The real estate landing page that appeared on Amazon's site could have been anything from a mistake to a head fake, to try and pry some of those coveted Seattle employees away from Zillow and over to Amazon.

Trading in or out of a business based on speculation makes no sense. Even if Amazon went forward with a service related to real estate, would that be the end for Zillow? It could be akin to selling Netflix when Amazon got into the streaming video business back in 2011? Netflix shares closed at $9.90 at the end of 2011 and have risen more than 15 times in value since then.

In his 2016 annual letter to Zillow shareholders CEO Spencer Rascoff points out that in 2016 approximately $7 billion was spent on real estate advertising in the U.S. on sales of $1.7 trillion in transaction value, and $85 billion in industry commissions. This is a large market and Zillow is just scratching the surface. If Amazon were in some way to get involved in the real estate market it might counter-intuitively help Zillow by accelerating the pace of change in moving more of the business online.

Sometimes emotions get the best of us and the hype that is displayed on social media can throw us off balance. The best reaction may be to take no action at all and simply let the situation play out over time. If Zillow stock was sold in haste during the sell-off one can always buy it back a few dollars higher and use the experience as a reminder that rumors on social media and investing don't mix.