The sneaker retailer slumped on a slow first half and overall weakness in the retail sector.

Shares of Foot Locker, Inc. (FL 2.96%) were taking a step down this year, thanks to the broad retail sell-off and a weak first-quarter earnings report. According to data from S&P Global Market Intelligence, the stock has given up 35% as of July 25. 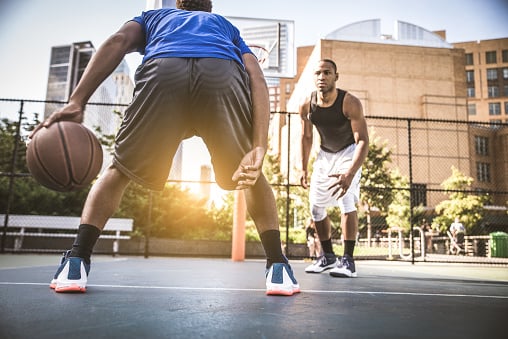 As the following chart shows, the stock was up as of May but then began sliding on industry weakness and on a disappointing earnings report. Shares have continued to fall since then. 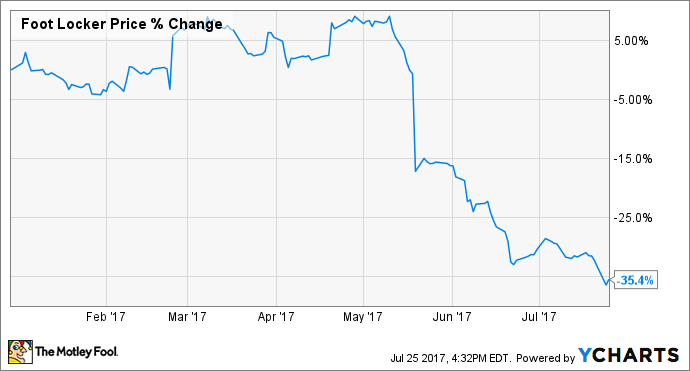 Foot Locker shares jumped when the company reported its fourth-quarter earnings in February. The retailer showed a 5% increase in comparable sales and adjusted earnings per share, from $1.16 to $1.37, beating estimates of $1.32. However, the company noted on the call that fiscal 2017 had gotten off to a slow start.

That proved to be true, as the company warned on first-quarter performance in April and then posted disappointing numbers when it issued the full report in May. Foot Locker shares were already sliding on general weakness but plunged 17% when it reported earnings on May 19.

Earnings per share slipped from $1.39 to $1.36, missing estimates of $1.38, and comparable sales increased just 0.5%, which the company blamed on a delay in tax refunds. The company also issued a weak guidance for the current quarter, calling for low-single-digit comparable sales growth.

From there, the stock continued to fall, dropping in June on news that Nike would sell directly on Amazon.com. That was interpreted as a negative sign for Foot Locker, which has a close relationship with Nike.

Foot Locker is still calling for comparable sales growth in the mid-single digits and double-digit earnings-per-share growth in the second half of the year. The company is in a stronger position than much of the retail sector as big sneaker releases tend to drive foot traffic, and it was able to generate a comparable sales increase even during a weak quarter. However, the stock is as cheap as any other battered retailer, trading at a P/E of less than 10. If management can execute on guidance for the second half, the stock should recover some of its losses.