Please ensure Javascript is enabled for purposes of website accessibility
Log In Help Join The Motley Fool
Free Article Join Over 1 Million Premium Members And Get More In-Depth Stock Guidance and Research
By Travis Hoium, Rich Smith, and Dan Caplinger - Jul 26, 2017 at 6:00AM

Competitive advantages are hard to build and even harder to break.

Owning companies with durable long-term competitive advantages can be one of the best ways for investors to beat the market. When you look back on the most successful stocks over the past decade, you see companies with some sort of advantage others can't copy, which they leverage to make money for investors.

Alphabet Inc. (GOOG -0.07%) (GOOGL -0.14%), Amazon.com (AMZN -0.99%), and Costco Wholesale Corporation (COST 0.23%) are three companies that have just the kind of advantage investors should be looking for. And three of our investors think they're still great buys today. 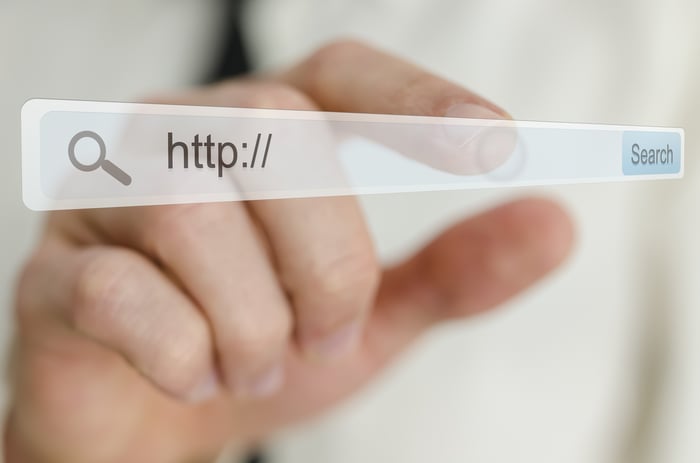 The king of the internet

Travis Hoium (Alphabet): Alphabet has become arguably the most powerful company on the internet today. Its Google unit is the search leader by a long shot, and it's leveraged that position to move into email, video, retail, and dozens of other businesses.

What's amazing is that Alphabet uses its scale and massive amount of information it has about users to make products better. It knows what you may want to buy, whether you have children, and what you've searched in the past, using that information to match advertisements. And no other company has that much information or the ecosystem of products that compete. Microsoft and Yahoo! tried to build search engines to rival Google and failed because search is essentially a winner-take-all, two-sided market.

It's difficult to even imagine a company that could upend Google. Search and advertising will be key on the internet for the foreseeable future. And it's difficult to imagine a company that could do search better than Google. Alphabet will continue to ride Google's success and spread into more adjacent businesses, giving it a huge advantage on the internet.

Prepare to be shocked (not)

Rich Smith (Amazon.com): Lt. Gen. Frederick Benjamin  "Ben" Hodges, commanding general of U.S. Army Europe, likes to say that the U.S. military is "not interested in a fair fight with anyone," adding, "We want to have overmatch in all systems." I see no reason why that philosophy shouldn't apply to investing, either.

Given the opportunity, I know which one I would choose. And I choose Amazon.com.

Easily the biggest retailer  on the Internet, with online sales six times as large as Wal-Mart's, Amazon.com is also the eighth biggest  retailer in the world, period. When it comes to selling stuff without incurring the cost of hiring checkout clerks or leasing physical stores, or the hassle of having to stuff circulars into the Sunday paper to bring customers in the door, Amazon.com is king (and queen, and crown prince, all rolled into one).

Amazon did $142.6 billion in business over the past year -- and that was before counting Prime Day. It generated so much cash profit from all this business ($9.4 billion) and has so much cash piled up from past profits ($21.5 billion) that it was able to buy Whole Foods wholesale without even giving the matter much thought.

At a valuation of 51 times free cash flow and 189 times earnings, Amazon.com stock does not come cheap. But that's just more evidence of how much investors think Amazon's huge business advantages are worth. And I have to say that, from all I'm seeing, I agree with them.

A better kind of big box

Dan Caplinger (Costco Wholesale): For a long time, department stores ruled the retail roost, and the business models they followed were largely similar. Costco Wholesale changed things, using a completely different model that still gives it a competitive business advantage over its competitors.

The thing that sets Costco apart is that it charges a membership fee. At first glance, that might seem like a huge mistake, because it potentially closes the door to some customers who would otherwise shop there. Yet the benefits of the membership model have outweighed that potential downside, because once customers pay a membership fee, they're interested in making sure they get their money's worth, and that drives sales.

For Costco, membership-fee revenue offers a baseline profit that allows the company to take liberties with the margin it collects on its sales. Costco can undercut competitor prices on key product lines, banking on the fact that even if it makes no profit at all on its goods, it still has its membership revenue in the bank.

Costco just raised its membership fees, with the hope of bringing in even more money from the charges. If past experience is any guide, Costco will continue its impressive retention rates among existing customers and keep drawing new ones into the fold as well.