The Apple (NASDAQ:AAPL) Watch has either been a success or a failure for the company, depending on one's viewpoint. From one perspective, Apple has spawned a multibillion-dollar revenue stream out of virtually thin air and in the process built a robust wearable-devices platform upon which it and software developers can enable increasingly compelling user experiences.

From another perspective, the Apple Watch isn't the "next big thing" in terms of revenue and profit that some investors might have expected and is therefore a "failure." 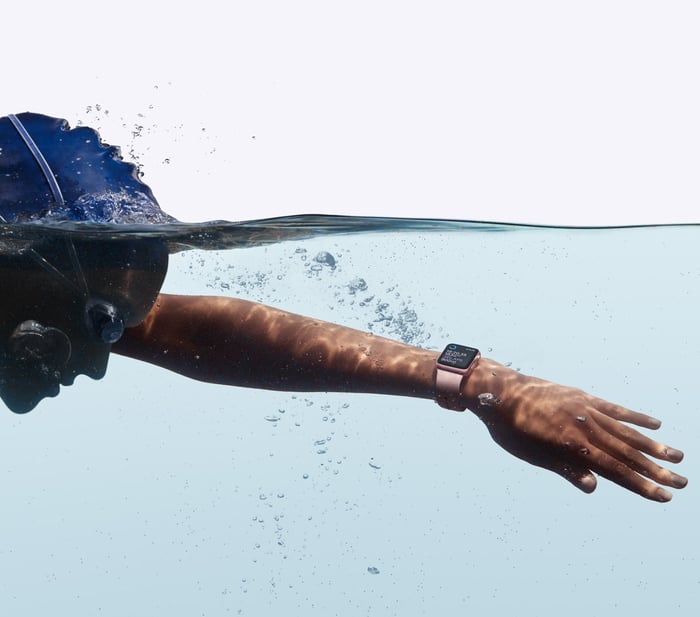 I tend to agree with the former explanation and generally think the Apple Watch and its successor, the Apple Watch Series 2, are solid, successful products and that the future looks bright for the product category.

Speaking of that future, according to Economic Daily News by way of Digitimes, Apple is "reportedly planning to launch its third-generation Apple Watch in 2017."

How Apple can push the Apple Watch forward

At Apple's Worldwide Developers Conference, the company showcased a new version of the watchOS operating system that powers the Apple Watch, known as watchOS 4.

While software is arguably the lifeblood of any computing platform, a computing device also needs to have robust hardware to smoothly and efficiently deliver the user experiences envisioned by both the platform and application developers.

To that end, I expect the Apple Watch Series 3, or whatever it's ultimately marketed as, to include significant hardware improvements.

The improvements, as is typical with new computing devices, could include:

Another potential improvement to the Apple Watch could include a cellular modem. Bloomberg reported last year that Apple wants to add cellular capabilities to the Apple Watch but that the move has been put off because "current cellular chips consume too much battery life, reducing the product's effectiveness and limiting user appeal."

Apple made significant improvements to the display technology in transitioning from the first-generation Apple Watch to the second-generation model, most notably doubling the brightness of the OLED display found on the device  from the previous generation.

Although Apple isn't expected to transition to a new display technology known as microLEDs in the Apple Watch for the 2017 models, a report from Nikkei claims that Apple is shooting to bring microLED displays into trial production by the end of this year for potential use in commercially shipping Apple Watch models in 2018.

The future of Apple Watch as both a hardware and software platform looks quite interesting, and I can't wait to see what the company has in store for the product category this year.