With the launch of its Ryzen CPUs earlier this year, Advanced Micro Devices (NASDAQ:AMD) is now sufficiently competitive with Intel to steal market share from the lumbering giant. Ryzen drove a 51% year-over-year revenue increase in AMD's core computing and graphics segment during the second quarter, enough to turn a small segment operating profit.

Low-end Ryzen 3 chips and ultra-high-end Threadripper chips are launching soon, and laptops powered by Ryzen aren't yet available. As the Ryzen lineup continues to be filled out, more market share gains are likely, especially with Intel having execution problems. The launch of Vega gaming graphics cards later this year and the ramp of EPYC server chips should boost revenue further, although winning share in the server chip market will likely be a slow process. 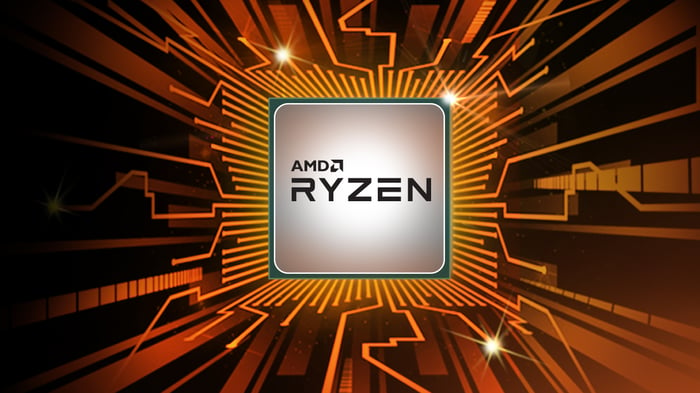 AMD reported second-quarter revenue of $1.22 billion, up 18.4% year over year and about $60 million higher than the average analyst estimate. The computing and graphics segment was responsible for this growth, generating $659 million of revenue. The enterprise, embedded, and semi-custom segment, which at the moment is mostly comprised of chips that go into the game consoles, saw revenue slump 5% year over year.

Turning to the bottom line, AMD was unable to turn a GAAP profit during the second quarter despite the launch of Ryzen. The company posted a net loss of $16 million, or $0.02 per share. On a non-GAAP basis, AMD squeezed out a $0.02 per-share profit, up from a $0.05 per-share loss during the prior-year period.

AMD expects to produce a non-GAAP profit for the full year, with a non-GAAP gross margin of 34%. AMD's long-term targets call for non-GAAP EPS of at least $0.75 in 2020, with gross margin of 40%. Ryzen, Vega, and EPYC will all need to be successful for AMD to reach those goals.

Success is already priced in

With AMD stock trading for around $15 following the second-quarter report, the market is extremely optimistic that the company's turnaround has legs. The stock trades for 20 times what AMD hopes to earn in 2020, and more than 200 times what analysts expect the company to earn this year.

Further revenue growth is almost guaranteed, given that AMD is now or will soon be competitive in all of its core markets, compared to not being competitive at all during the past few years. Even modest share gains from Intel in the PC and server CPU markets, and from NVIDIA in the GPU market, can drive double-digit growth.

But AMD will need to exceed its long-term outlook for the current stock price to make any sense. That could certainly happen, but neither Intel nor NVIDIA are going to let AMD steal share without putting up a fight. If you bet on an AMD turnaround two years ago, when the stock was in the doldrums, that bet has paid off big time. If you're betting on it now, with the company valued as if its turnaround has already succeeded, the odds don't look so good.