These stocks played a major role in pushing markets higher. Find out why.

The stock market largely kept up its bullish sentiment on Wednesday, with the Dow Jones Industrials pushing higher more sharply than other major benchmarks in large part because of good news from Dow component Boeing (BA 0.96%). More broadly, earnings season continued to feature a healthy serving of upbeat reports from companies throughout the economy, and investors were even sanguine about the Federal Reserve's statement that it intends to go forward with a reduction in the size of its balance sheet in the near future.

Shares of Boeing climbed 10% after the aerospace giant reported its second-quarter financial results. Revenue actually fell by more than 8% from the year-ago period, which was worse than investors had expected despite Boeing's statement that the figure reflected planned rates of airplane production and timing of deliveries of commercial and military aircraft. Adjusted earnings, however, were much stronger than the consensus forecast among those following the stock, reversing a loss in the year-ago quarter. Boeing also boosted its guidance for the full year by $0.60 per share, providing a new range of $9.80 to $10 per share. With backlog figures approaching the half-trillion-dollar mark and favorable tailwinds from healthy commercial airlines and a rising military budget, Boeing couldn't ask for a better business environment in which to thrive. 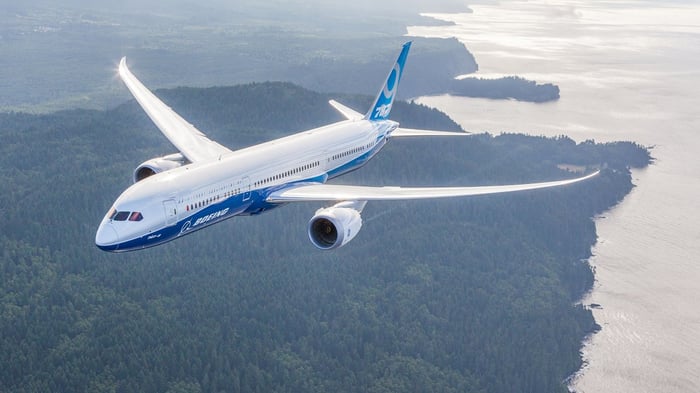 iRobot stock gained 21% in the wake of a couple of pieces of good news. The maker of the Roomba robotic vacuum cleaner said that sales soared 23% in the second quarter of 2017 compared to the year-earlier quarter, and net income jumped by nearly two-thirds. Part of iRobot's profit came from one-time items, but even after adjusting for those gains, the company still defied most investors' expectations for a loss for the quarter. Domestic revenue gains of nearly half came from healthy e-commerce-led sales, and the introduction of a high-end vacuum in China also went well. iRobot also said that it would purchase European distributor Robopolis, integrating the robotics specialist's supply chain into key European Union countries. Although that purchase will weigh on earnings in 2017, it should boost 2018 income, and investors were pleased to see iRobot cutting out a layer of intermediary between the company and its European customers.

Finally, shares of U.S. Steel rose 7%. The steelmaker reported solid results in the second quarter, including a 22% rise in revenue and the reversal of a year-ago loss. CEO Dave Burritt pointed to better operational performance, higher prices and volumes, and better mining results as contributing to U.S. Steel's overall success. In particular, the flat-rolled segment showed considerable improvement, with the restart of the company's Keetac pellet facility adding to gains in the mining division. Burritt gave a bullish outlook on U.S. Steel's prospects, and even though some market watchers now believe that the Trump administration is less likely than before to impose tariffs on foreign steel, the steelmaker is showing enough fundamental strength in its business to overcome trade-related issues.