Boeing just flew in a monster load of Q2 profits. As the company reported this morning, fiscal second-quarter profits of $2.89 per share were infinitely better than the $0.39 per share Boeing reported losing in last year's fiscal Q2. For the first half of this year, Boeing's GAAP profits of $5.22 per share are running roughly 2.5 times ahead of the $1.51 per share than Boeing had earned by this time last year.

Relative to Wall Street's estimates, Boeing beat on earnings (analysts were looking for profits of $2.32 per share) but missed on revenue (analysts had predicted Boeing's sales would exceed $23 billion). 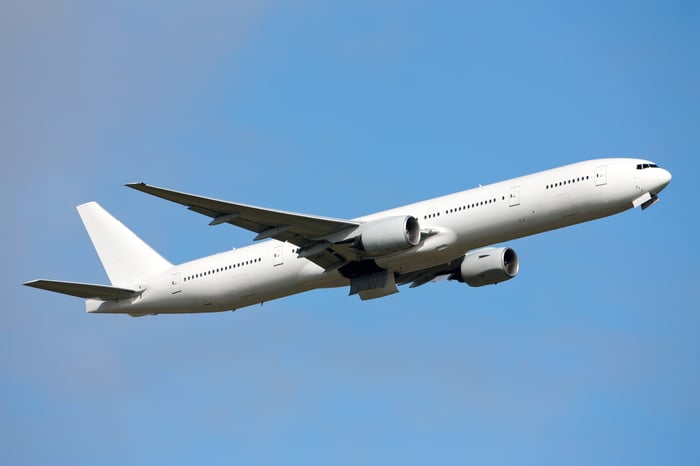 This story only gets better as we turn to Boeing's cash flow statement. In Q2, Boeing generated $5 billion in operating cash flow (55% better than in last year's Q2), and spent only $439 million of it on capital investment. This left Boeing with positive free cash flow of $4.5 billion for the quarter, and brought H1 FCF up to $6.1 billion -- twice the amount of cash profit Boeing had generated by this time last year.

Management now expects to generate $12.25 billion in operating cash flow by year-end, invest $2 billion of that in capital expenditures, and thus generate positive free cash flow in excess of $10.2 billion by year-end. At a market capitalization of only $138.8 billion -- only 13.6 times free cash flow -- I'm sticking with my previous recommendation: Profitable and growing more so by the day, Boeing stock is a bargain.