The data center chip king is losing momentum where it counts.

Despite its lackluster stock performance so far in 2017 -- Intel (INTC -0.03%) is down 4% year to date -- most analysts are relatively bullish heading into its second quarter earnings announcement, scheduled for Thursday after the close. The Street is expecting sales of $14.41 billion and earnings per share (EPS) of $0.68, both of which are in line with Intel's guidance for the quarter.

The surprisingly strong PC market has helped boost Intel to a string of record-breaking quarters, though most pundits agree that's a bit worrisome because that kind of growth isn't sustainable. Unfortunately, an uncertain PC market isn't the only thing that has shareholders worried. The self-proclaimed "data center first" chipmaker is showing signs of weakness where it matters most. 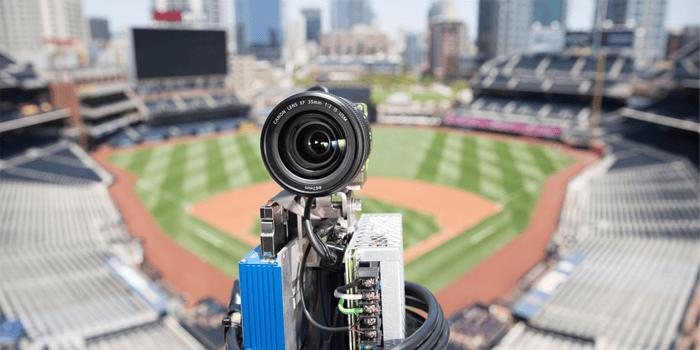 On a positive note

Assuming Intel was able to hit its revenue target in Q2, that would amount to a 6.5% jump from last year's $13.53 billion. Not exactly a home run, but more than adequate given CEO Brian Krzanich's ongoing transition of the company away from its longtime focus on PCs and toward cloud-based data centers, security, commercial drones, virtual reality, and the Internet of Things (IoT).

Better still, not all of Intel's revenue gains were derived from PCs last quarter, though the division's 8% increase in sales to $8 billion made it the largest unit by a wide margin. Sales of the nonvolatile memory solid state drivers used to power IoT infrastructures soared 55% to $866 million in Q1, and likely jumped significantly again in Q2, when its Optane solution became more readily available.

Data center sales continued to climb in Q1, and that segment is generating a larger portion of total sales with each passing month. And based on the explosive growth expected from both the cloud and IoT markets, Intel is also wise to be zeroed in on the opportunities presented in data security. So far, so good -- right?

Intel made a sound business decision to shift its focus away from chips for PCs and drive full steam ahead into cutting-edge new markets. However, the fact that it's already losing some of that steam, particularly in data center revenue, is something shareholders should really worry about.

To kick off the year, Intel reported $4.2 billion in Q1 data center sales, which was a mere 6% year-over-year improvement. That's distressing on a couple of fronts. First, Intel's push into data centers is still relatively new, yet its growth rate is slowing alarmingly. And in a market expected to climb to $360 billion by 2023, sluggishness in a critical unit at a time when it should be reporting high double-digit-percentage gains appears problematic, to say the least.

For some perspective, NVIDIA (NVDA -6.30%) reported that revenue from its data center graphic processing unit (GPU) unit nearly tripled last quarter, making it a primary driver of its whopping 48% jump in sales to $1.94 billion. Intel is also fighting for a share of the AI-focused data center GPU market, but its longtime competitor NVIDIA is gaining, and gaining fast.

Intel's IoT division fared slightly better than its data center group, with revenues rising 11% to $721 million in Q1, but at such an early stage in another explosive market, that's not exactly stellar growth. Remarkably, Intel's data security sales actually declined 1% year-over-year to $534 million. Given that this contraction occurred despite Intel's data-center initiative -- which ought to dovetail neatly with its security solutions -- this too should worry shareholders.

Did Intel manage to light a fire in Q2 under the divisions that are slated to power its future, thereby taking some of the pressure to carry the company off its PC unit? Intel needs to answer that question in the affirmative when it announces Q2 results on Thursday. If it doesn't, expect shareholders' worries to continue to mount.