Nasdaq Inc. (NASDAQ:NDAQ) reported record net revenue in the second quarter of 2017, bolstered by higher equity-derivatives trading and strength in information services. These gains, coupled with reduced operating costs, led to a favorable quarter versus the prior year. 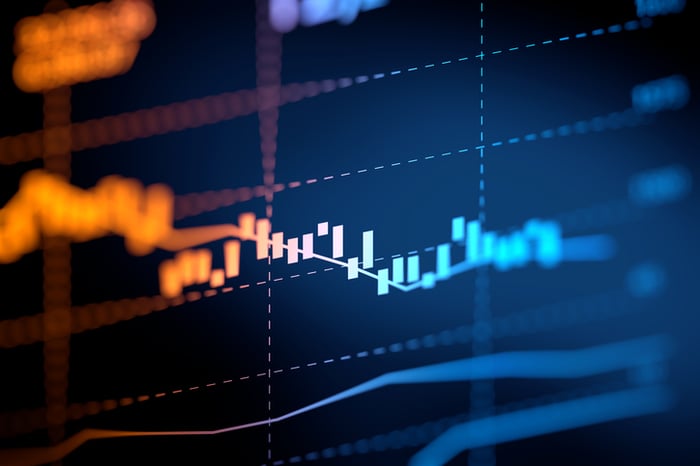 Within the company's earnings release, CEO Adena Friedman noted that Nasdaq is benefiting from both new product introduction on the revenue side, as well as cost synergies from multiple recent acquisitions:

"In addition to achieving a new quarterly net revenue record, we are making significant progress against our 2017 execution priorities, by commercializing key technologies with new products available through the Nasdaq Financial Framework and Analytics Hub, achieving our merger synergies ahead of our original timeline, and raising our market share in our largest trading categories significantly above prior year levels."

Nasdaq confirmed in its earnings report that it's already realized the full $60 million in projected synergies from its multiple 2016 acquisitions, after hitting the $50 million mark last quarter.

The exchange operator doesn't offer full-fledged earnings guidance, but management did relay that it's expecting to capture an additional $10 million to $20 million in annual cost synergies once all platform migrations from last year's merger transactions are complete. With the acquisition of trading volume, software and financial product companies, its own organic growth, and an increasingly efficient cost structure, Nasdaq has positioned itself nicely for continued revenue and bottom-line gains.