It wasn't that long ago that Statoil's (NYSE:EQNR) stock didn't look like it had much going for it. Management was projecting for slow growth as it tried to replace high-cost production sources with ones that could make money in today's oil and gas environment. Fast-forward to the company's most recent earnings result, and the company looks wildly different. Not only is management projecting higher growth rates, but it has also found a way to generate much higher profits from that production.

Here's a look at the company's most recent results, how it managed this turnaround, and what could be on the horizon. 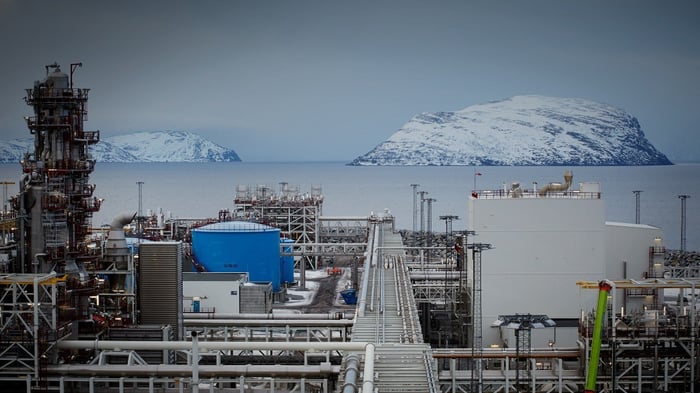 The prior quarter's results showed that Statoil's efforts to drive costs out of its business was working. Second-quarter results were confirmation that these results weren't just a fluke. The company churned out another quarter of decent operational results that also got a bump from a much-reduced tax bill. The company's cash flow from operations was also robust. Cash may be much lower than the prior quarter, but Statoil did have a $900 million build in working capital this quarter and didn't benefit from any asset sales.

The big story at Statoil is reduced expenses. Over the past year, revenue has increased 37%, but operating and administrative expenses increased by just 2%. The catalyst for this quarter's results specifically, though, was its international exploration and production segment. International production declined, but higher realized prices and a new agreement related to profit allocation for its operations in Angola helped push up revenues and adjusted earnings. 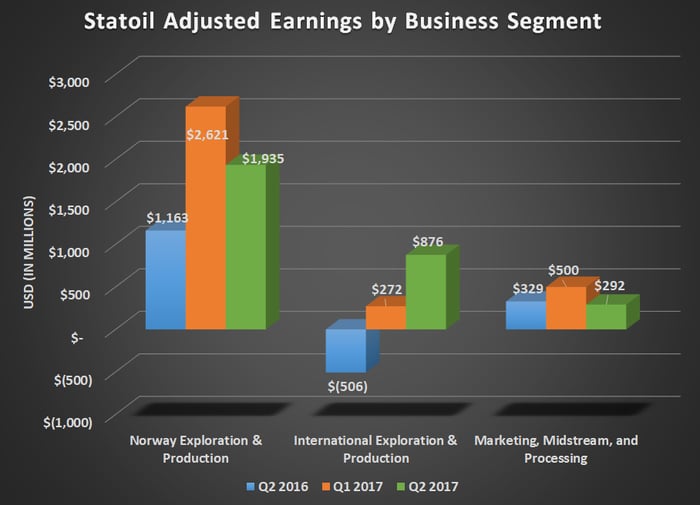 CEO Eldar Saetre's comments on the company's most recent results. He also went out of his way to explain Statoil's exploration activities because of that reduction in exploration spending for 2017.

At oil prices around 50 dollars per barrel, we have generated 4 billion dollars in free cash flow, and reduced our net debt ratio by 8.1 percentage points since the start of the year. We expect to deliver around 5% production growth this year, and at the same time realize an additional one billion dollars in efficiencies.

So far this year, we have drilled 14 exploration wells and made nine discoveries. Several of these can quickly be put into profitable production. Our exploration program in the Barents Sea started with the Kayak discovery and gives us the opportunity to test several new prospects. We expect to drill around 30 exploration wells in 2017.

Investors have to be pleased with the progress Statoil has made in recent years to improve profitability. The ability to generate that much free cash flow at $50 a barrel isn't something every oil and gas producer can do today. With a suite of projects slated to come on line between now and 2020 that will ensure 3% annual growth, Statoil looks like it will have a decent run for the next couple of years.

Beyond that, though, will largely be determined by its progress on some of these exploration efforts. Statoil has some intriguing prospects in Brazil and Australia, but a home-run find in Suriname similar to ExxonMobil's adjacent property could fuel growth for a long time. Any news related to these projects could be big for Statoil in the coming years.