Pandora Media (NYSE:P) announced stronger-than-expected second-quarter 2017 results on Monday after the market closed but followed by curiously reducing the top end of its previous full-year revenue guidance. While that might sound discouraging at first, Pandora management wants you to hear out their strategy for improving the long-term health of the music streaming platform.

Let's take a closer look, then, at how Pandora ended the first half of the year, as well as what investors can expect from the company in the coming quarters. 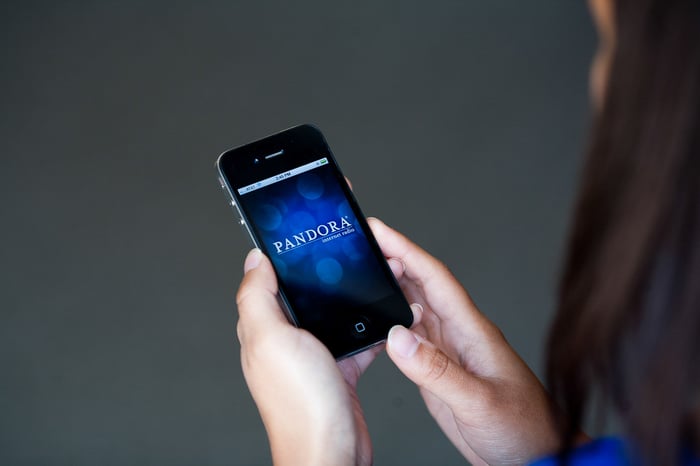 We have taken a number of steps to hone the company's strategy and position Pandora to continue to build audience and extend monetization through a combination of advertising and subscription revenue streams. In addition to exceeding our revenue expectations this quarter, we also announced several important strategic moves including a $480 million investment from Sirius XM, the sale of Ticketfly, and changes to our board and management team. We remain laser-focused on execution that attracts listeners and investments that drive the growth and monetization of our audience.

For the third quarter, Pandora expects revenue in the range of $370 million to $385 million -- good for growth of 14% at the midpoint, but below consensus estimates for third-quarter sales of $407.5 million -- including two months of TicketFly revenue. Trending toward the bottom line, Pandora expects third-quarter adjusted EBITDA in the range of $20 million to a loss of $5 million.

"We are lowering the top end of the guidance range to reflect the fact that we are prioritizing the growth and retention of active users rather than aggressively pushing all users to subscriptions," Chopra explained. "[W]e believe this approach will optimize the overall health and value of our business."

That's fair enough. It's hard to blame Pandora for not wanting to chase growth for the sake of growth -- especially given the added financial flexibility it will enjoy once its TicketFly and SiriusXM deals are complete. Even if the market doesn't respond well to Pandora's revenue guidance reduction in the near term, I think the company is making the right moves to ensure its long-term success.