These stocks fell to start the week. Find out why.

The stock market saw a lot of indecision on Monday, as major benchmarks moved in different directions. The Nasdaq Composite was weaker than most of its peers, but the Dow Jones Industrials jumped to another record high and made investors start thinking about the rapidly approaching 22,000 milestone. In the absence of major news on the geopolitical or macroeconomic front, earnings played a key role in determining winners and losers, along with other company-specific news. Clovis Oncology (CLVS 22.84%), Gulfport Energy (GPOR), and Hertz Global Holdings (HTZG.Q) were among the worst performers on the day. Below, we'll look more closely at these stocks to tell you why they did so poorly.

Shares of Clovis Oncology lost 13.5% after the company announced that it would work together with fellow drugmaker Bristol-Myers Squibb (BMY -0.13%). The two said that they've entered into a clinical collaboration agreement, under which they will look at combination treatments involving Bristol-Myers Squibb's Opdivo immunotherapy treatment and Clovis' Rubraca experimental treatment for advanced ovarian and breast cancer patients. Clovis CEO Patrick Mahaffy said that the combination will bring "the potential to create new treatment options for patients with multiple tumor types." Some believe that the deal helps Bristol-Myers more than it does Clovis, but others see the collaborative effort as potentially paying off for both parties. Even after the sell-off, Clovis is still up more than 40% just since mid-June. 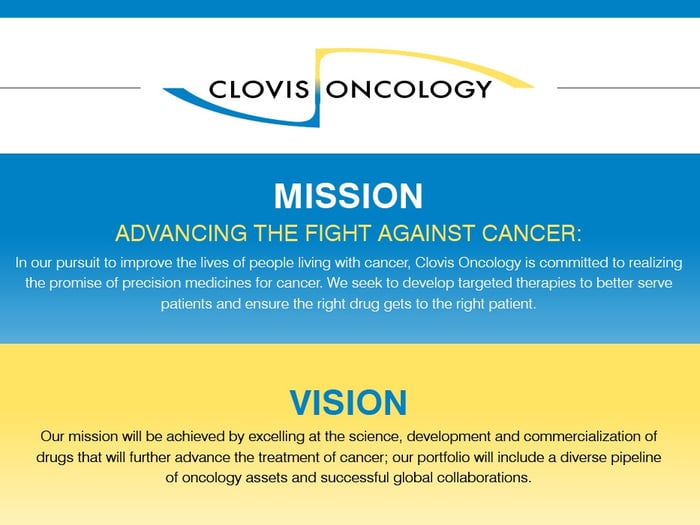 Gulfport Energy stock declined 8% following the release of the company's second-quarter production and pricing update. The energy company said that net natural gas production during the quarter rose to 1.04 billion cubic feet per day, up by more than half from year-ago levels, and gave guidance anticipating average production of 1.065 billion to 1.1 billion cubic feet per day. Yet Gulfport also said that it doesn't anticipate reaching peak production rates on recent wells that it acquired in the SCOOP shale play area in Oklahoma. Investors will get more information about Gulfport's latest experience when it issues its full financial report early next week, but until conditions in the energy markets improve, the stock is unlikely to recover much of its losses from the past several months.

Hertz gets a downgrade

Finally, shares of Hertz Global Holdings plunged 21%. The rental car company had its stock downgraded by analysts at Barclays today, taking its rating from equal weight to underweight. Barclays also set a price target of $9 per share on the stock, which would have been almost a 50% drop from where the stock began the day. Hertz has suffered lately from weakness in the used car market, which the rental car specialist has exposure to because of its need to sell off older vehicles in its fleet. Even though Hertz rebounded on excitement about the potential for self-driving vehicles, immediate earnings in the near future will still reflect those tough conditions, and that could prompt further weakness in the stock going forward.