Please ensure Javascript is enabled for purposes of website accessibility
Log In Help Join The Motley Fool
Free Article Join Over 1 Million Premium Members And Get More In-Depth Stock Guidance and Research
By Jason Hall, Tyler Crowe, Matthew DiLallo, and John Bromels - May 14, 2020 at 9:42AM

The petroleum sector is drowning in its own product, and these companies in particular are struggling to stay afloat.

The 2020 oil market crash has cratered the share prices of almost every oil company. Many other sectors have already partially recovered from the market's coronavirus-induced plunge in February and March; the SPDR S&P 500 ETF Trust (SPY -0.38%) is back to being down by only down 13% year to date. But oil stocks haven't shared in that rebound.

This divergence has many investors wondering if the oil sector could be a great place to invest right now. After all, more of the economy is starting to reopen as states and municipalities relax the restrictions put in place to limit the spread of COVID-19. That should push oil demand higher, boosting crude prices and oil stocks.

Yes, eventually the oil market will recover, and there will be winning oil stocks when it does. But that recovery is still many months away, and the facts on the ground say the situation is going to get worse before it gets better -- even for some of the best-known names in the oil patch. For example, while Nabors Industries (NBR 4.40%), Chesapeake Energy (CHKA.Q), Gulfport Energy (GPOR), and Transocean (RIG 4.30%) may look like good value bets at their current low prices, four of our top contributors who know the oil patch say these could be the four worst oil stocks to buy right now. 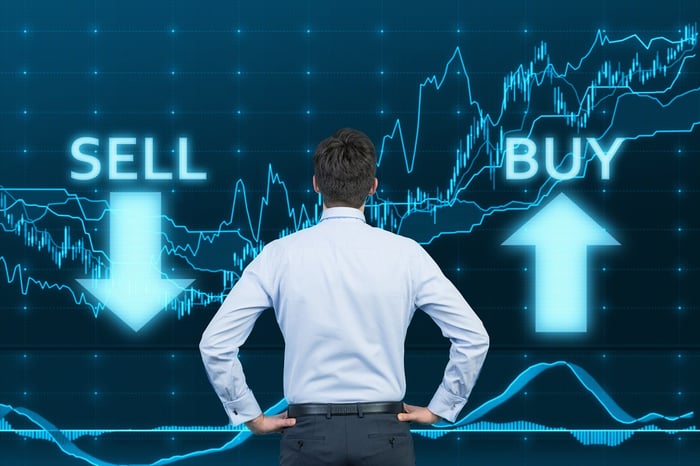 After years of bad management decisions, a reckoning is coming

Tyler Crowe (Nabors Industries): For years, Nabors Industries has been hindered by the same problems. It has one great rig used for shale drilling that has attracted business from oil majors, and that portion of the company has been profitable. However, that segment is buried under a mountain of debt and a huge fleet of older legacy assets that have sucked the profits out of this company. Even back in 2014 when oil prices were north of $100 a barrel, those legacy assets were sitting idle.

Management has had every opportunity to rip off the Band-Aid by scrapping those rigs, taking the huge asset impairment, and using any freed-up cash to pay down debt. Instead, those idle assets just sat on the books soaking up precious operating cash as the company had to put money into keeping them from falling apart. Meanwhile, it continued to invest heavily in its flagship rig.

Now, with drilling activity grinding to a halt, Nabors Industries is saddled with more than $3 billion in debt and a smorgasbord of unprofitable rigs that have little to no useful economic life in them. It's issuing preferred equity to its common stockholders to prevent an outside group from taking enough of an ownership stake to force a sale or oust the management team. 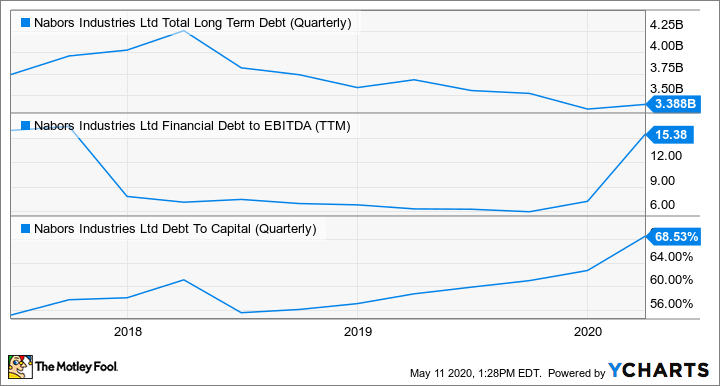 Nabors has played fast and loose with its debt and bad assets, and now the market will make it close to impossible for it to get out from under its troubles without kneecapping its shareholders. Investors should stay as far away from Nabors as possible.

All signs point to zero

John Bromels (Chesapeake Energy): Shares of oil and gas producer Chesapeake Energy have already lost 99.7% of their value over the last 10 years. Now, the warning sirens are howling that even the remaining 0.3% is likely to vanish.

On May 8, Chesapeake filed a notice with the SEC that it intends to prepay $25 million in variable compensation amounts (that is, performance-based bonuses) to 21 top executives and vice presidents. Handing out cash to upper management often immediately precedes a bankruptcy filing: Whiting Petroleum and Diamond Offshore Drilling doled out similar awards before their own Chapter 11 filings in April.

If that's not enough, in an SEC filing on Monday, Chesapeake warned that "management has concluded that there is substantial doubt about the Company's ability to continue as a going concern" due to "the likelihood of a restructuring or reorganization." In the same filing, it admitted that it had hired consultants to explore its options, including bankruptcy.

There's not much more the company could do to indicate an impending bankruptcy besides officially filing for it, and you don't want to be holding shares when that happens. I can't imagine a worse time to buy.

Matt DiLallo (Gulfport Energy): Gulfport Energy is in a tight spot these days due since crude prices have cratered. It's feeling the pressure from all sides as those lower prices are making some of its wells unprofitable. Because of that, it's one of several energy companies that are shutting in wells until prices improve.

Those dual headwinds are cutting into its cash flow, which in turn has led the banks it works with to protect themselves by cutting off Gulfport's credit. They recently did that by slashing the borrowing base on its credit facility from $1 billion down to $700 million. As a result, its liquidity is drying up, falling from $693 million at the beginning of the year to $269 million as of May 1.

With both its liquidity and cash flow shrinking, it's getting harder for the company to maintain its heft debt load, which stood at nearly $1.9 billion, due in part to a high-priced oil acquisition in Oklahoma in 2016. Because of that, Gulfport Energy recently hired advisors to help it restructure its debt. That maneuver is often the first step on the road to a bankruptcy filing, which is why Gulfport would be a terrible oil stock to consider buying these days.

Even the biggest ship is taking on water

Jason Hall (Transocean): I can't think of a single sub-sector in any industry that has destroyed more shareholder capital over the past five years than offshore drilling. I know from personal -- painful -- experience. The industry hasn't been able to catch a break. It never really recovered from the 2015-2016 crash, and now it's is being pummeled by an even worse oil market.

Sadly, that has many investors looking offshore for a big fish, and making the assumption that Transocean -- the industry giant with almost $1.5 billion in cash on the books -- is a safe bet. There are three problems with that assumption:

It's likely that Transocean's situation will deteriorate further before it gets better, and even $1.5 billion isn't enough cash to plug all the holes in Transocean's hull.

Yes, it's possible that the company could survive this downturn without having to go through bankruptcy. But with each passing day, it becomes more and more unlikely. Investors would do well to avoid Transocean along with the rest of the offshore drillers.