There are a lot of good things going on with the company in 2017, and the earnings call hinted at more long-term growth, even if the third quarter is likely to prove somewhat of an outlier. Let's take a look at another strong quarter for the company. 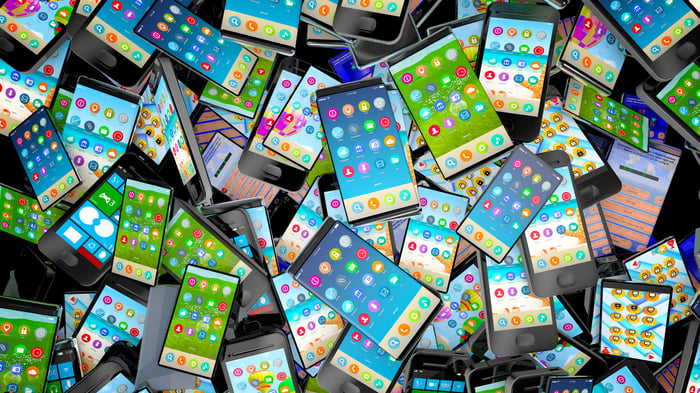 In short, revenue came in above expectations, but the real excitement centers on the guidance for the third quarter:

Preparing for a record third quarter

It's not hard to see why CEO Robert Willett described the third quarter as likely to be a "monster quarter," but before you get too excited, there are a few points to note.

Willett made it clear on the earnings call that the third quarter is likely to prove somewhat of an outlier rather than the start of a trend. According to Willett, the third-quarter guidance is "due in large part to higher revenue from the consumer electronics industry. We do not expect anywhere near such high levels of revenue in the near future."

Although Willett didn't give formal guidance for the fourth quarter,  he stated, "We certainly expect Q4 to be a much more normal quarter for Cognex, and probably somewhere between Q1 and Q2 in terms of revenue." This implies a fourth-quarter revenue between $135 million and $173 million.

In a nutshell, Cognex tends to report strong second and third quarters because its customers, particularly in consumer electronics, tend to gear up in preparation for a production ramp-up in the fourth quarter.

If the guidance caught the market by surprise, it's because management wasn't certain on the last earnings call whether the large consumer electronics orders it was expecting would turn into revenue in the third or fourth quarter of 2017.

What happened in Cognex's second quarter

While consumer electronics orders will drive earnings in the third quarter, the logistics industry was the star of the second quarter. Overall revenue grew 17.4% in the quarter, with factory automation (96% of revenue) up 17%. Within factory automation, logistics grew more than 50%, and Willett expects logistics to grow at a "50% annual growth rate for the foreseeable future."

Meanwhile, one of Cognex's traditional core markets, automotive, grew revenue in the high single digits. Automotive has been a good end market for Cognex in 2017, even with fears that North American light-vehicle production looks set to plateau. Consumer electronics revenue actually declined in the quarter, but that was largely a consequence of the timing of large orders last year.

Given the torrid rates of growth at Cognex and the potential for the company to grow in its total addressable market, analysts were keen to discuss potential growth areas during the earnings call.

Two areas in particular came to mind. First, within logistics, Willett said that e-commerce fulfillment was Cognex's biggest activity and one that was increasingly adopting the company's vision solutions. You only have to look at how large package delivery companies like FedEx and UPS are ramping up capital expenditures to service e-commerce growth in order to see the pressure on logistics companies created by e-commerce fulfillment needs.

He went on to claim it was hard to "see beyond the next couple of years," but claimed OLED assembly "has the potential for more substantial business over a longer period."

Cognex has a big quarter of execution coming up, and investors are anticipating a bumper quarter. However, as with growth companies, the key is revenue generation, and investors can get a handle on that when the company gives its full-year guidance in the third quarter. So far, so good in 2017.