Spotify has mostly maintained the relative size of its subscriber base compared to Apple Music. Both services continue to grow at a rapid clip, but Spotify is still approximately twice as big in terms of paid subscribers. Apple reports fiscal third-quarter earnings after the bell today, but it's not clear if it will update its subscriber count for Apple Music. 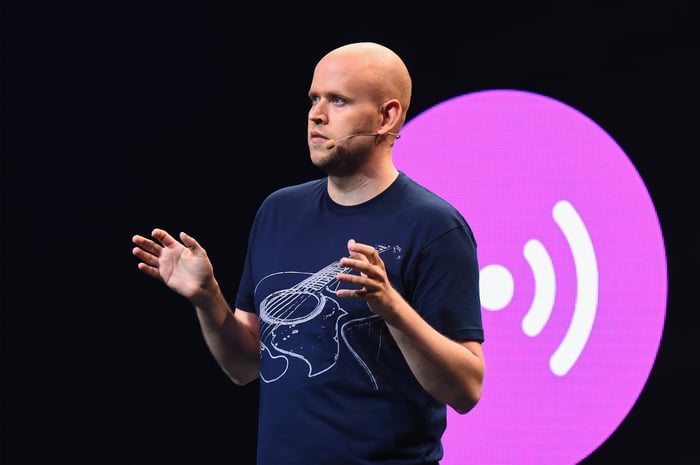 The strong subscriber growth will potentially pave the way for a successful public debut. Spotify is reportedly planning on doing a direct listing in early 2018 instead of a traditional IPO. In a direct listing, companies offer existing shares to the public by listing them on an exchange, avoiding the dilution associated with issuing more shares like in an IPO. 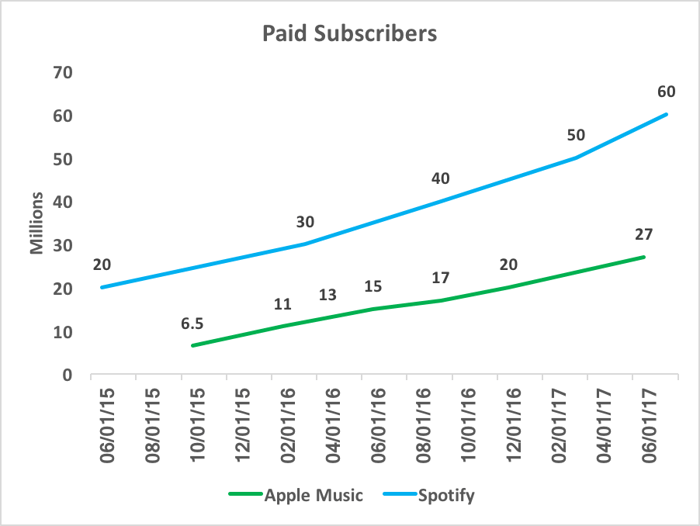 Direct listings are a faster way to go public, as well as skip the underwriting process and the related investment banking fees, to boot. That also means that since there aren't investment bankers helping to set a price, the price is purely determined by market forces. Direct listings can also be volatile, which can be a function of liquidity (of lack thereof).

Companies also skip the typical roadshow that is associated with traditional IPOs, where they make a pitch directly to prospective investors. Direct listings are quite rare.

Smaller online radio streamer Pandora Media (NYSE:P) reported second-quarter results last night. Investors are still trying to digest the mixed results, but even Pandora is enjoying gains in paid subscribers. Paid subscribers jumped to 4.86 million in the second quarter, up from 3.93 million a year ago and 4.71 million in the prior quarter.

Pandora is desperately trying to catch up to Spotify and Apple Music to remain relevant, launching its new Pandora Premium on-demand service earlier this year. Pandora Premium launched during the second quarter, helping to add 150,000 paid subscribers during the quarter. There were 390,000 Premium subscribers at the end of the quarter, according to interim CEO Naveen Chopra on the conference call, and the company is working to push users toward Premium.

Pandora is much smaller and very late to the on-demand party. Its on-demand subscribers are still effectively a rounding error compared to Spotify and Apple Music, but the good news for the music industry at large is that more and more people are opening their wallets again to pay for a music streaming service. The ad-supported model that the industry disdains could be on its way out.