As a shareholder, I generally like a lot of what Twitter Inc. (NYSE:TWTR) is doing, but there is one aspect of the company that continues to irk my sense of fairness -- the amount of stock compensation doled out to its employees.

The company's practice of using shares to bulk up pay to its employees continues to make my small stake in the company even smaller. Here is a look at how Twitter compares to its Silicon Valley neighbors when it comes to stock compensation and diluting its shareholders.

Silicon Valley is the land of entrepreneurial high-tech start-ups. Part of its allure is the ability for employees to get rich through ownership of the next big thing. Management competes for and incentivizes employees to drive these companies forward by making stock options and stock grants a part of their compensation package.

It makes sense from the company's perspective as this portion of employee compensation does not create a draw on the company's cash balance. Instead the company simply issues stock at the appropriate time.

Here is the problem. When a company increases its shares outstanding, to provide shares for employee stock or options, the increased number of shares dilutes all shareholders. 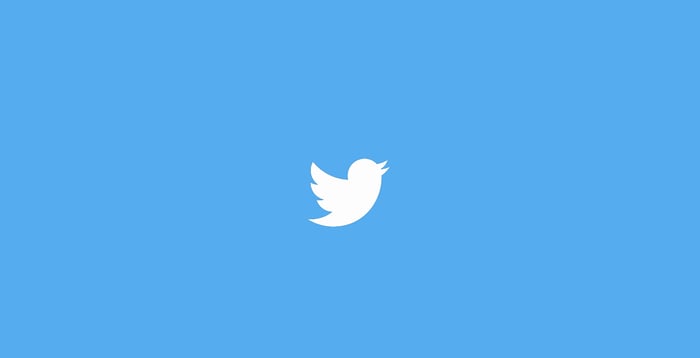 Between the end of 2014 and last year Twitter saw an over 12% increase in its share count. To be fair a small portion of that number were for shares used to fund an acquisition. It ended Q2 of this year with over 730 million GAAP diluted shares.

The company breaks down its stock-based compensation by function for its more than 3200 employees. As one might expect R&D receives the bulk of stock compensation, more than 50%, as the company needs to attract high quality engineers and computer scientists.

Looking at other companies like Yelp (NYSE:YELP), Netflix (NASDAQ:NFLX), and Salesforce (NYSE:CRM) makes it clear that Twitter's management is particularly generous regarding stock based compensation. To equalize companies of different sizes here is a comparison looking at stock based compensation as a percentage of revenue for each Silicon Valley company for its most recently completed fiscal year.

Twitter pays a much higher amount of stock based compensation as a percentage of revenue than its neighbors by a wide margin.

One of the reasons very well may be the company's poor stock performance. Twitter stock has not done very well since its IPO in November 2013. Twitter management may be overcompensating with volume to make up for what employees perceive as less potential for upside reward based on the stock's history. 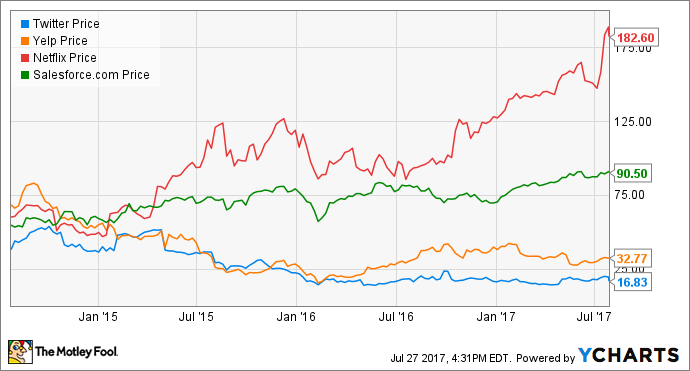 CEO Jack Dorsey took the unusual step of handing some of his own personal shares over to the pool of stock that can be issued for employee stock compensation. He made the move to reduce the burden of dilution from shareholders and at the same time reward employees.

His gift of 6.8 million shares is equal to approximately a quarter's worth of the increase in outstanding shares that occurred in 2016.

With the company still seeking growth, it's unlikely that Twitter would use some of the $3.6 billion in cash on its balance sheet to go into the market and buy back a meaningful amount of its stock. In light of this, Dorsey's move makes even more sense.

As a shareholder, I'm happy to see the CEO stepping in and to see stock-based compensation generally trending down, but it's still something I'm going to be watching in the coming quarters.