Himax Technologies (NASDAQ:HIMX) has set the stock market on fire this year, logging almost 40% gains so far thanks to both the possibility of landing a spot in Apple's next iPhone, and its aggressive bets on augmented reality (AR). The semiconductor and sensor specialist will update investors with its second-quarter fiscal 2017 results on Aug. 3. Here's what can be expected from the company's upcoming report. 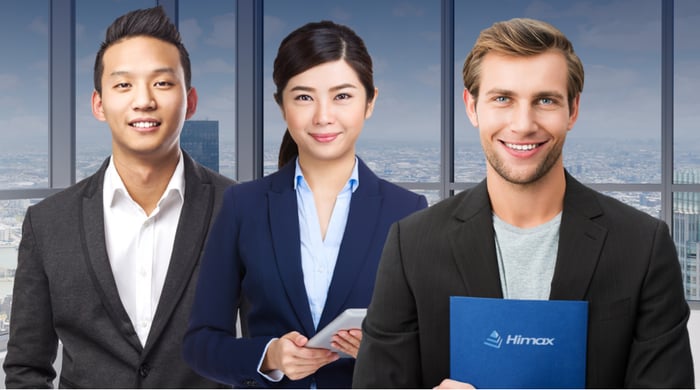 Revenue and earnings could drop once again

Wall Street expects Himax's revenue to drop 24% year over year to $153 million, which would push the company's bottom line toward breakeven, compared with a profit of $0.12 per share in the prior-year period. Investors should expect the chipmaker's financial performance this fiscal year to continue to decline after it had failed to satisfy analysts' expectations by a big margin during the first quarter.

Himax sees weaker revenue from large panel drivers as some of its customers phase out older products, while weak demand for smartphones in China is expected hurt the small and medium-sized panels business. The chipmaker's smartphone business is taking a hit on account of a shift among smartphone original equipment manufacturers (OEMs) toward in-panel cell and touch and display driver integration (TDDI), which has hurt demand for traditional display drivers.

The company believes that its smartphone business will pick up later in the year as its own TDDI solutions start gaining steam, though this business will start making significant contributions only in the final quarter of the year. Meanwhile, Himax's AR business is expected to struggle, as one of its leading customers in this space is discontinuing its older product lineup.

At the same time, the company's investments in ramping up its wafer-level optic capacity will take a toll on the bottom-line performance, apart from the lower revenue. Therefore, investors should brace for a weak earnings report from Himax once again, though a strong guidance can help the stock sustain its momentum.

What about the guidance?

Investors will be paying close attention to the company's guidance for the third quarter as analysts have forecast the slowdown to continue, with projections for revenue to drop over 19% year over year. This is despite the speculation that the company could land a spot in Apple's next iPhone for 3D scanners, a rumor which has helped the stock rally this year in spite of disappointing results.

But a spot in Cupertino's next flagship isn't guaranteed, as Himax has a competitor in the form of Finisar, whose management is quite optimistic about the uptake of its vertical-cavity surface-emitting laser (VCSEL) technology that could be used to power 3D sensing in the upcoming iPhones.

Analysts believe Finisar could end up supplying around 20%-25% of Apple's 3D sensing module requirement, posing a red flag for Himax. Finisar CEO Jerry Rawls stoked investor enthusiasm on the last conference call when he stated that the company could soon start shipping sizable volumes of VCSEL, as it has already received purchase orders for the same.

If this is indeed the case, Himax's guidance could turn out to be worse than anticipated. However, the company believes that its overall smartphone business will make a comeback during the third quarter as OEMs build up their inventories after a weak first half of the year, though it remains to be seen if the orders are substantial enough to boost its guidance.

Therefore, Himax Technologies investors should prepare for volatile post-earnings stock-price action, as weak results combined with a shaky guidance could bring an end to its terrific rally.