Cognizant Technology Solutions (NASDAQ:CTSH), a provider of information technology consulting and business services, impressed investors earlier this year with a strong first quarter earnings report. The company is looking to extend its positive momentum with its next batch of results coming Aug. 3 before market open.

For the second quarter, management expects revenue to be in the range of $3.63 billion to $3.68 billion, an 8% to 9% increase over last year. Adjusted non-GAAP earnings are expected to be at least $0.89 per share.

While revenue and earnings get the most attention in earnings releases, Cognizant investors would be wise to pay attention to these developments at the company. 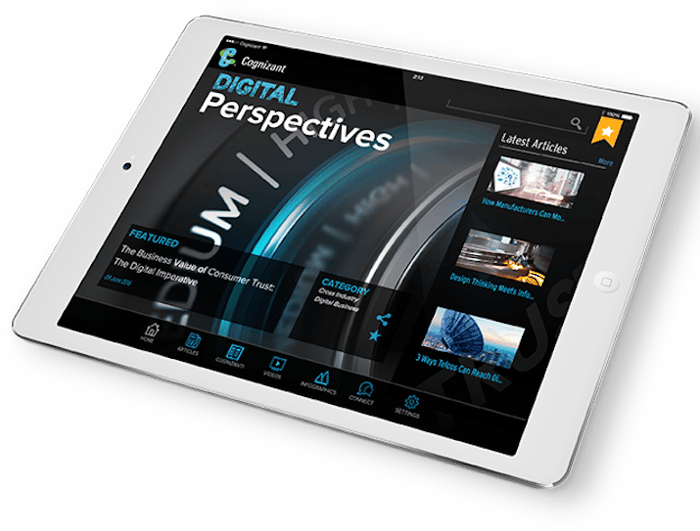 The promise of better margins

In November of last year, activist investment firm Elliott Management put pressure on Cognizant to focus on increasing its profitability. While the company experienced over 20 years of rapid growth, it hasn't all gone to the bottom line. Elliott Management argued that despite a long track record, margins were much lower at Cognizant than at its closest competitors.

At the time, Cognizant had an 18% operating margin, while competitors like Tata Consultancy Services and Infosys boasted 26.6% and 25.4% margins, respectively. Cognizant bowed to Elliott's pressure and reached a cooperation deal with the activist in Feb. 2017.

Management has committed to reaching 22% non-GAAP operating margin in 2019. For the second quarter, it should reach 19.4%, a sequential improvement from the 18.9% reported in the previous period.

Cognizant has focused on costs, operational efficiency, and increased utilization (the percentage of time consultants spend on billable activities) by slowing the rate of new hires and better aligning resources with customer demand. The company also cut costs by reducing advisory fees, terminating leases, and shutting down facilities. It incurred about $11 million in restructuring costs at the start of the year to drive future savings down the road.

What's happening with the healthcare segment?

On June 22, Accenture (NYSE:ACN), a major competitor, reduced its outlook for the remainder of the year, citing uncertainty around healthcare legislation. Accenture stock tumbled that day but despite higher exposure to the industry, Cognizant was unscathed.

Healthcare accounts for over 28% of its revenue and is still a major driver of overall growth with year-over-year sales increasing nearly 10% in the first quarter. Given the multiple attempts to repeal and/or replace The Affordable Care Act, it'll be interesting to see if Cognizant can continue growing its healthcare segment in the second quarter.

I think, obviously, there's still a lot of uncertainty out there in terms of what happens with proposed legislation around Affordable Care Act, but we are seeing some stability. Especially given that some of the large M&A deals that were out there, we're starting to see some -- given those have -- are not moving forward, we're starting to see some pent-up demand, which is a good start for us as well too.

After multiple failures by GOP Senators to repeal the current healthcare law and pass new legislation, they appear to be moving on. However, that uncertainty still remains as President Trump has threatened to cut off federal payments to insurers. Given Accenture's warning, it wouldn't surprise me if customers in the healthcare industry are hesitant to engage with Cognizant as well.

With monumental returns since its IPO in 1998, Cognizant investors haven't had to worry much about the company's long-term trajectory. Industry dynamics may come into play in the upcoming report, but the company's shift to cost cutting and operational efficiencies should lead to higher profitability.