Blue Apron (NYSE:APRN) is extremely susceptible to competitive pressure. During the third quarter last year, the meal-kit delivery service said it was forced to up its marketing spend to attract new customers in response to competition. And in the fourth quarter, it saw many of those customers abandon its service, possibly trying the competitors' services.

The scary thing is the competition Blue Apron is talking about are just small start-ups. None have the same scale as Blue Apron. But if a big competitor with established infrastructure and customer bases like Amazon (NASDAQ:AMZN) or Wal-Mart (NYSE:WMT) decides to enter the market, it could easily wipe out Blue Apron's operating profits. 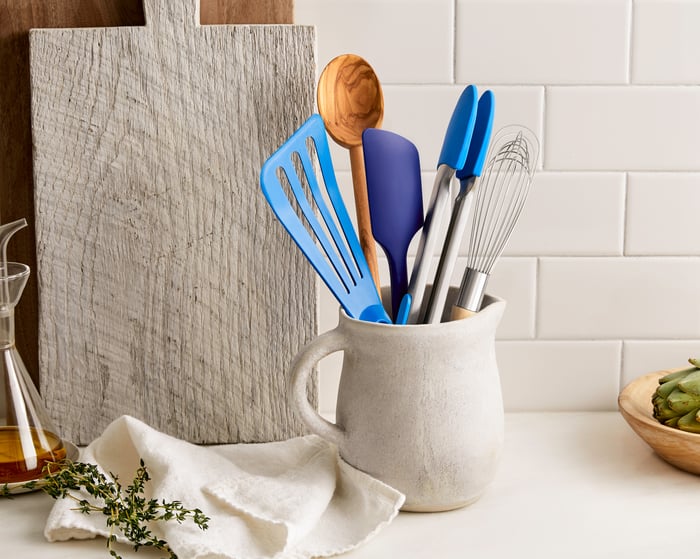 Amazon is already moving into the market

While AmazonFresh customers represent a small portion of Amazon's customers and are restricted to just a handful of cities, the pilot should provide Amazon with useful data for launching a nationwide service. The addition of Whole Foods stores, which can double as distribution centers for Amazon's grocery business, should enable a nationwide rollout of Amazon's grocery business.

Importantly, Amazon has a built-in customer base. It has around 85 million Prime subscribers in the United States, according to the latest estimate from Consumer Intelligence Research Partners. That gives Amazon a big marketing funnel to sell meal kits into. It's used a similar tactic for its subscription music streaming service, and it's grabbed about 16 million global subscribers.

Amazon has the resources to undercut Blue Apron's pricing thanks to its existing infrastructure and Prime subscription service. It can also spend more on marketing and use its marketing dollars more efficiently. Finally, it could offer a more flexible product than Blue Apron's subscriptions, allowing same-day, one-off orders thanks to potential distribution from Whole Foods.

The nation's largest grocer may want to test the waters

Wal-Mart has over 4,200 Supercenter and Neighborhood Market stores stocked full of groceries, and it's easily the largest grocery chain in the U.S.

Blue Apron sees the traditional grocery market as just part of its addressable market along with restaurant spending. Considering groceries make up more than half of Wal-Mart's revenue, it has a vested interest in either preventing services like Blue Apron from taking a share of its business or co-opting the service for itself.

Like Amazon, Wal-Mart has superior infrastructure compared to Blue Apron. And with the entire country littered with thousands of stores, it could develop a strong supply chain to deliver meal kits to homes or provide a convenient place for consumers to pick up kits on their way home from work. Wal-Mart already operates online grocery ordering and parking-lot pickup in nearly 670 locations as of the end of the first quarter.

On the other hand, Wal-Mart's brand is often associated with low quality. That's a big selling point for Blue Apron -- high-quality ingredients. As such, if Wal-Mart has any intentions on entering the market, it may need to develop a new brand to compete with Blue Apron.

Wal-Mart entering the market is just speculation at this point. Unlike Amazon, it's not currently testing any established plans in the market.

As Blue Apron grows larger, more and more competitors are popping up and stealing away customers. Its customer acquisition costs have skyrocketed over the last couple years. To be sure, Blue Apron continues to increase its customer base at a strong pace, but it's coming at a much higher cost than its early days.

If a big company like Amazon or Wal-Mart takes a serious crack at the meal-kit delivery market, it could absolutely crush Blue Apron. Both have existing businesses that support quickly scaling a meal-kit business, especially considering Amazon's impending acquisition of Whole Foods.

While neither has gotten serious about the business yet, it's a very real possibility that it's the next big battle between the two retail giants. That could leave Blue Apron on the sidelines and cost its investors a lot of money.