Please ensure Javascript is enabled for purposes of website accessibility
Log In Help Join The Motley Fool
Free Article Join Over 1 Million Premium Members And Get More In-Depth Stock Guidance and Research
By John Rosevear - Updated Aug 7, 2017 at 8:34AM

Good global demand for the new 5 Series and big sales gains in China helped offset a slumping luxury-car market in the United States. 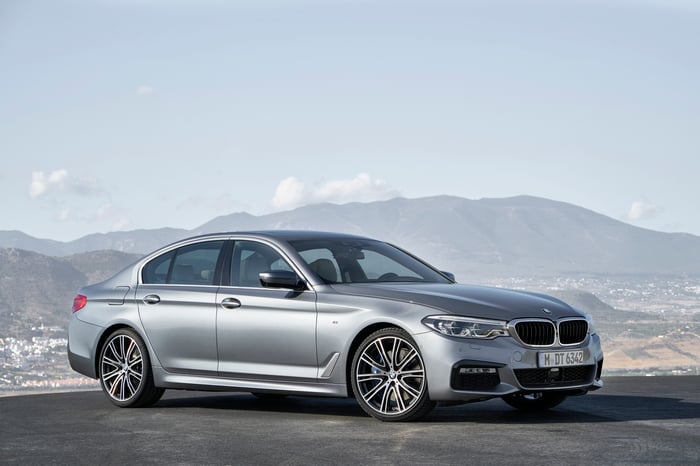 How BMW's business segments performed in the second quarter

Here's how each segment performed in the second quarter.

Automotive
EBIT (earnings before interest and taxes) in BMW's Automotive segment rose 2.8% from the second quarter of 2016, to 2.24 billion euros. Automotive's EBIT margin was 9.7%, up 20 basis points from a year ago, and well within BMW's ongoing target range of 8% to 10%. While U.S. sales fell 8% in the quarter, and sales in Europe rose just 0.4%, strong growth in China (up 24.8% from a year ago) more than offset the weaker markets.

BMW said that strong global demand for its X family of crossover SUVs, as well its all-new 5 Series and recently revised 7 Series sedans, were the key drivers of the gains.

First-half sales growth was especially strong in France and Italy (up 21% and 15%, respectively). The segment also managed good sales growth in the United States (up 3.8% in the first half of the year), despite stiff competition and a shrinking overall market. 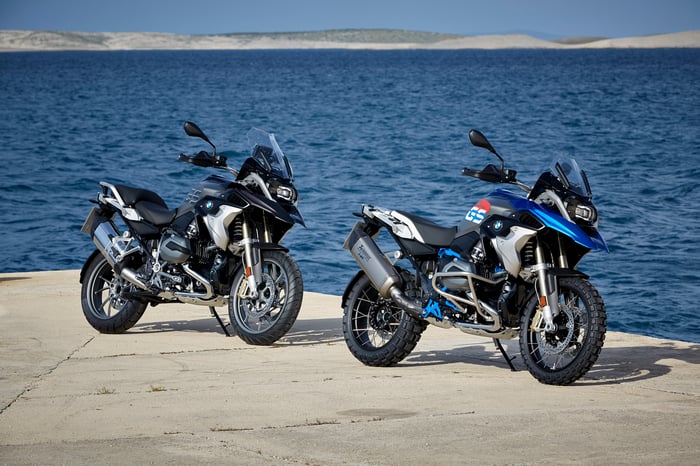 BMW's boxer-engined R series touring motorcycles have long been its best-sellers. The R 1200 GS was revamped for 2017 and sales have been strong. Image source: BMW AG.

What BMW's chief financial officer said about the quarter

Nicolas Peter is BMW's Member of the Board of Management for Finance, a title equivalent to chief financial officer of a U.S. company. Here's what he said about the quarter's results:

After a good start to the year, the BMW Group demonstrated its financial strength once again in the second quarter of 2017. The EBIT margin of 9.7% for our automotive business was higher than the same quarter last year. Based on the strong performance in the first half of the year, we are able to confirm our guidance for 2017.

We will continue to systematically strengthen our performance side and to leverage efficiencies across all areas of the company. This enables us to finance from our operating business the substantial investments needed for electrification and autonomous driving. This remains our goal, even in the face of increasing global economic volatility.

As it did last quarter, BMW once again reiterated its cautiously upbeat guidance for the full year. It still expects "slight increases" in deliveries and pre-tax profit from record 2016 levels, as well as an EBIT margin for its automotive segment in the range of 8% to 10% for the year.