Across nearly every industry, businesses want to take advantage of the rise of innovation in information technology. Between cloud computing, data analytics, the Internet of Things, and other key initiatives, enterprises have an opportunity to make better use of the information and resources they have. But most of them need help, and Cognizant Technology Solutions (NASDAQ:CTSH) wants to be the company to provide that help.

Coming into Thursday's second-quarter financial report, Cognizant investors wanted to see at least modest gains in revenue and earnings from the IT services provider. Cognizant did better than that, and the tech specialist is hopeful about its prospects for the future. Let's look more closely at Cognizant and what it said about its recent performance. 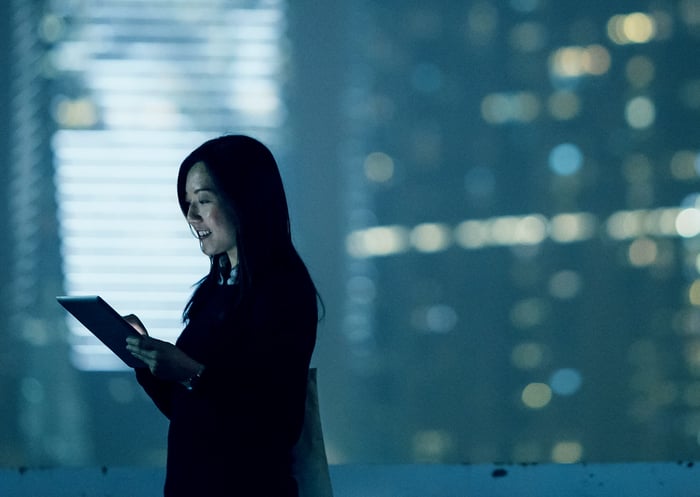 Cognizant's second-quarter results slightly outpaced what most investors were expecting to see. Revenue was up nearly 9% to $3.67 billion, just barely exceeding the $3.66 billion consensus forecast among those following the stock. GAAP net income nearly doubled to $470 million, but even after taking out the impact of extraordinary items that depressed the year-ago figures, adjusted earnings of $0.93 per share were higher than the $0.91 per share that most shareholders projected.

Taking a closer look at Cognizant's numbers, the company's business segments continued trends that we've seen in past quarters. The most impressive growth came from the communications, media, and technology segment, posting a 17% rise from year-ago levels. The products and resources unit enjoyed 13% growth, while the larger healthcare segment managed to achieve nearly 10% gains in revenue. The financial services business was the laggard, but even it managed to grow its segment top line by 4%. All of the businesses saw their sales climb from the first quarter of 2017.

Cognizant's various regional performance was fairly balanced. North American sales were up 9%, consistent with the performance of the overall business. The U.K. continued to hold Europe back, but the continent still managed a nearly 6% rise. The rest of the world saw revenue climb by more than a fifth, showing the international flavor of Cognizant's business.

CEO Francisco D'Souza was happy with how the company did. "Cognizant delivered strong second-quarter results," D'Souza said, "which reflect our continued progress in helping clients achieve the value of digitizing their entire enterprises." The CEO believes that the importance of being "digital at scale" is only increasing as more businesses adopt enterprise-based information technology solutions.

Can Cognizant build on its past success?

Looking forward, Cognizant is optimistic about its ability to keep up with and lead innovation going forward. In D'Souza's words, "We remain dedicated to accelerating our shift to digital services and solutions as we continue to invest in our core business and execute our margin improvement and capital return programs."

Cognizant gave some favorable comments about its future results that were received well. For the third quarter, Cognizant expects between $3.73 billion and $3.78 billion in sales, with adjusted earnings of at least $0.94 per share. Both figures are consistent with investor expectations. For the fullyear, Cognizant guided investors toward the upper end of its previous revenue range, now expecting between $14.7 billion and $14.84 billion on the top line. The company also gave a $0.03 per share hike to its adjusted earnings target and now believes it will bring in at least $3.67 per share.

Cognizant investors were slow to react to the news, but by the end of the day, the stock had finished up by more than 2%. As long as companies continue to want the benefits of digital innovation, Cognizant has positioned itself to be the go-to company to provide the consulting and technical services necessary to make its clients' visions reality going forward.