A slow quarter of new releases didn't slow down Activision Blizzard, Inc. (NASDAQ:ATVI) in the second quarter. The company posted much better than expected second quarter results, driven by continued use of its existing games and the launch of some new revenue models.

The strong quarter comes ahead of the launch of Destiny 2 and Call of Duty: World War II later in 2017. If they have any level of success this will be a record year for Activision Blizzard. 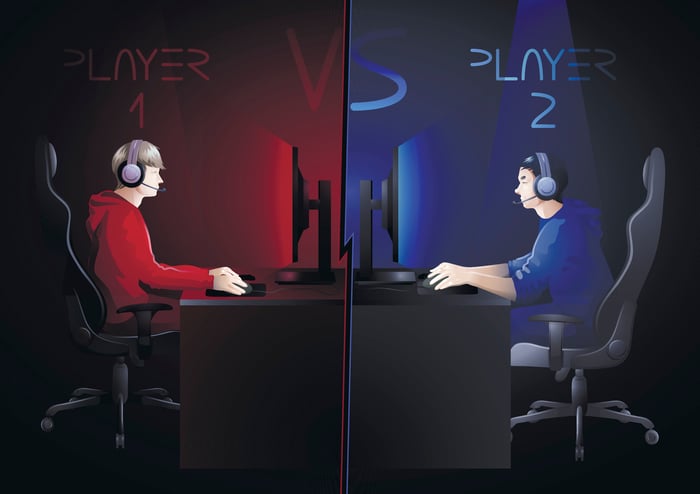 What Happened With Activision Blizzard This Quarter?

A whopping 80% of revenue came from digital sources, showing the transition the company has made to a digital business model. It's not as reliant on consoles or big game launches as it was a few years ago, and, as I'll highlight below, mobile games and non-traditional revenue streams like esports are becoming more important each quarter.

King was the real star of the quarter, accounting for $480 million in revenue and $164 million in operating income. It has had 2 of the top 10 grossing apps for 15 straight quarters, and Candy Crush remains a stable revenue generator. This strength was despite monthly active users falling from 342 million in the first quarter to 314 million.

Blizzard added 5 million monthly active users sequentially to 46 million, helped by strong performance from Overwatch, which has grown every quarter since it was launched in May 2016. And its $566 million in revenue and $225 million in operating income continues to be a steady source of profits.

Activision revenue was $316 million and segment operating income was $87 million; it was the smallest segment because it didn't have any major releases in the quarter. The fourth quarter will be the real highlight for Activision with the launch of Call of Duty: World War II.

The next phase of growth for Activision Blizzard

Management announced that it has entered into a media rights partnership for esports and in-game content for some of its games. This will unlock new revenue sources that weren't formerly available. Particularly on mobile, these revenue streams could make players who don't pay for content profitable.

On the esports side, Activision Blizzard sold the first seven teams for Overwatch League. Owners like Robert Kraft (New England Patriots) and Stan Kroenke (LA Rams) give a level of stability and legitimacy to the league. The company also kept streaming and media content rights for the league, which could end up being a big revenue driver long-term.

Along with second quarter earnings, management gave increased guidance for the full-year. Management now expects $6.4 billion in revenue for 2017, up from $6.1 billion expected during the first quarter earnings report. Expectations for non-GAAP operating margin were up from 32% to 33%, and non-GAAP earnings per share rose from $1.80 to $1.94.

There continues to be momentum in the core business and mobile and expansion pack revenues are more stable than big game releases. But the releases of Destiny 2 and Call of Duty: World War II could bring a boost of both revenue and engagement in the second half of the year. It doesn't look like Activision Blizzard's business momentum will be slowing anytime soon.