Activision Blizzard, Inc. (NASDAQ:ATVI) has been on a roll financially for nearly two years, driven largely by hit games and growth in the digital gaming market. The company has made a very successful transition from a business dominated by console games to one driven by recurring revenue from in-game purchases and expansion packs as well as mobile games.

As Activision Blizzard has improved performance, its stock has risen and expectations for the future have gotten higher. And it keeps crushing expectations, even its own. Here's what to look for to see if the stock's momentum will continue. 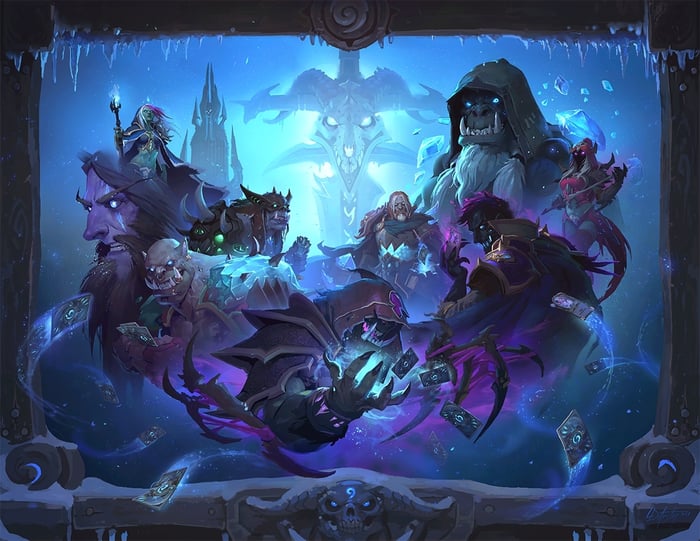 The big numbers to watch

The first thing to look at in Activision Blizzard's earnings is how it did in comparison to its own forecasts. Here's what guidance looked like after the first quarter.

User engagement is always a key metric for Activision Blizzard. Despite a strong earnings report in the first quarter, user numbers dropped slightly, so investors should watch this metric closely. Activision's user base fell by 3 million sequentially to 48 million, Blizzard was flat at 41 million users, and King lost 13 million users to 342 million. Some players will come and go as new games are released and a lack of new titles in the quarter could be a drag on the user base. Overwatch's free trial in late May could have given a boost to the user base and potentially drawn in more paying users as well. But the more notable launches will be later this year.

The new Destiny 2 game will be launched in September and Call of Duty: World War II will be out in November. Both are expected to sell millions of units and will drive the revenue and non-GAAP earnings guidance of $6.1 billion and $1.80 per share respectively.

Activision Blizzard has seen the value esports plays in the gaming industry more quickly than most of its competitors. Its Call of Duty World League was one of the first major esports leagues and in August it will have a tournament with 32 teams and a $1.5 million prize pool.

Overwatch League is also launching later this year to expand the attraction to the company's latest hot game. Look for more information about this league and engagement customers have in the company's conference call.

Esports could not only be a profitable business, but it will drive engagement in the company's games, which is where the real value lies.

Is advertising a notable contributor yet?

Advertising within games, particularly on mobile platforms, has long been talked about as a big untapped opportunity. Management called advertising on King games the "biggest growth opportunity" at the company -- with nearly 400 million users it has the potential for hundreds of millions in revenue. The second quarter may show some of that potential, or at least discuss its launch in the conference call.

Esports is also an advertising opportunity, which we could see unlocked this year with Call of Duty World League and Overwatch League.

Given Activision Blizzard's recent history, investors shouldn't be surprised to see a big earnings beat in the second quarter. What will be more important is the long-term view management lays out. If the user base is growing and new revenue streams like esports and advertising are augmenting the growth in core gaming markets, the future will be getting brighter, which will continue to drive the stock higher.