Activision Blizzard (NASDAQ:ATVI) reports its second-quarter earnings results on Aug. 3, after the market closes. Management has guided for second-quarter and full-year revenue to be down, based on fewer game releases in 2017 than last year, which means the game maker is currently very dependent on player engagement with existing titles. The key game to watch will be Overwatch, which has a lot of momentum coming off a strong first quarter.

To gauge the company's player engagement levels, investors will need to focus on monthly active users, time spent in games, and digital revenue growth, which includes in-game spending, when the company reports. 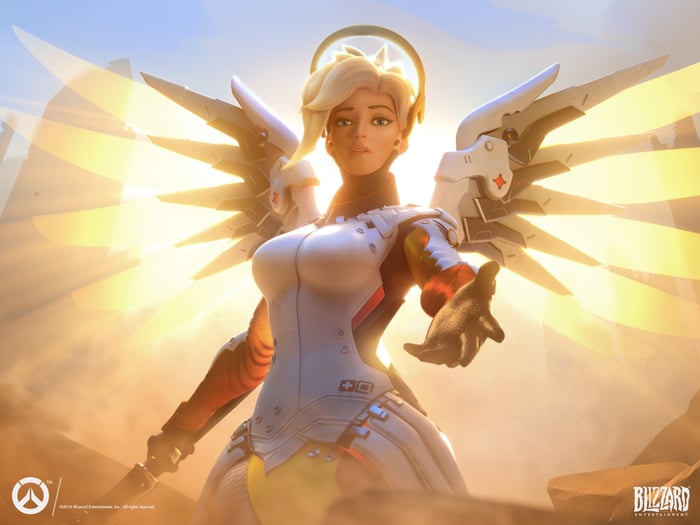 Will Overwatch remain in growth mode?

The Blizzard side of the company is coming off a strong quarter in which monthly active users were up 58% year over year to 41 million, driven by the success of Overwatch, which grew its player base to 30 million. Blizzard revenue increased 50%, and operating income nearly doubled year over year, despite no new game releases.

Management cited other games as solid contributors as well, such as World of Warcraft and Hearthstone, the latter having 70 million registered players. But the main growth driver right now is Overwatch, which is building a lot of momentum as the company gets ready to launch a professional league based on the game.

In late May, Blizzard ran a promotion in celebration of Overwatch's one-year anniversary that allowed gamers to download Overwatch and play for free until they reached a certain level. Overwatch certainly sucked me in with the promotion, and potentially millions of others. The anniversary event could have helped Overwatch continue its momentum in the second quarter. We'll see if the franchise can keep its growth streak going and reach 35 million registered players.

Investors should also listen for comments about Overwatch League, in which the game maker just sold seven teams to high-profile entrepreneurs, including New England Patriots owner Robert Kraft. Overwatch League team sales were excluded from the company's full-year guidance for $6.1 billion in total revenue and $1.80 in non-GAAP earnings per share, which means there could be some upside to these numbers later in the year. We may hear more details about this on the second-quarter conference call.

In addition to lower revenue, the company is expected to incur higher marketing expenses as it gets ready to launch Destiny 2 and Call of Duty: World War II later in the year. This is expected to bring the non-GAAP operating margin down to 29%, versus 31% in the 2016 second quarter.

To keep player engagement up, Activision just released Zombies Chronicles, one of its most significant content updates in the second year following a Call of Duty release, and Blizzard recently unloaded a smorgasbord of additional content across several of its titles as well. The extent to which gamers engaged with this additional content will determine how well digital revenue performed in the quarter, which is the most important financial metric to watch as the company gears up for its only big releases of the year later in the fall.

Activision Blizzard Earnings Preview: Will It Be Another Blowout for "Overwatch"? @themotleyfool #stocks $ATVI Next Article
Current