In the first quarter, Xilinx reported GAAP earnings of $0.63 per diluted share, up from $0.61 per share in the year-ago quarter. Net revenues increased by 7%, to land at $615 million. Analysts had been expecting earnings of $0.60 per share on sales of $616 million.

The company doesn't report any non-GAAP earnings figures, so this is an apples-to-apples comparison. It was also the first time Xilinx stopped short of the Street's quarterly revenue estimates since the second quarter of 2016, reported in October 2015.

But that would be a mighty nitpicky explanation for the market's indifferent-to-negative reaction. Let's look at Xilinx's guidance for the third quarter, too.

In the third quarter, Xilinx's management expects sales of approximately $620 million and bottom-line earnings near $0.62 per diluted share. That compares to second-quarter Street estimates of $616 million and $0.63 per share at the time of the report. The guidance was roughly in line with analyst estimates, predicting 7% year-over-year sales growth and 3% higher earnings.

Earnings guidance didn't match the top-line projection because Xilinx's operating expenses will be unusually high in the second quarter. The company is busy working up a new generation of programmable chips, and most of the increase in Xilinx's operating costs will fall in the research and development (R&D) department.

Can Xilinx walk the talk?

After analyzing the history of Xilinx's guidance and results, I've found that management tends to set an achievable bar for each quarter. In the last four reports, the company exceeded the midpoint of earnings guidance three times and hit the exact center once. The same goes for revenue guidance. For what it's worth, analysts tend to eventually adjust their revenue expectations to match management's forecasts -- but earnings targets often end up below the midpoint of Xilinx's guidance ranges.

It's fair to say that Xilinx knows how to set up appropriate financial targets. The company rarely misses its own forecasts, and the Street is listening to these accurate-to-modest projections. 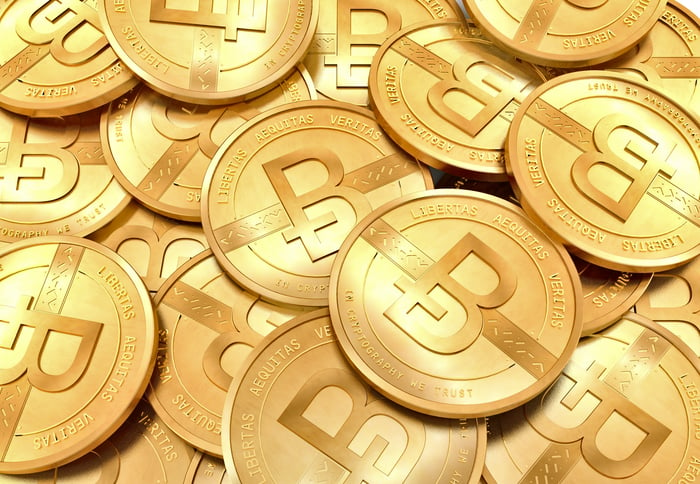 What does all of this mean?

We have a solid earnings surprise and revenues $1 million below Street projections, and both numbers were at least in line with management's own projections. Next-quarter earnings are tapping the growth brakes due to R&D investments that will build the company's future, instead.

Investors are latching on to a combination of this quarter's unexciting revenues and next quarter's high operating expenses, and the reaction is to shrug and walk away. Honestly, I think that's a mistake.

Xilinx is focusing on key growth markets like 5G wireless communications, automotive-computing solutions, and application-specific computing acceleration. In the first quarter, for example, both Baidu and Amazon.com placed large orders for application accelerators to be used in their cloud-computing services.

Moreover, programmable chips like Xilinx's standard-issue bread and butter products happen to be great at the type of number crunching that's needed in cryptocurrency mining, so the company would benefit if new-age currencies, like bitcoin and Ethereum, were to break into mainstream use.

So the stock slides on a temporary earnings slowdown, paving the way for greater achievements in 2018 and beyond. You might call it a correction, because Xilinx shares trade at well-deserved P/E (price to earnings) and cash flow ratios that are above average in the semiconductor industry. You could also call it a buy-in opportunity, or at least an open invitation to learn more about this interesting company and its market-beating stock.