But Instagram wants advertisers to know it provides equally strong engagement. The Facebook (NASDAQ:FB) subsidiary says users under the age of 25 spend 32 minutes per day in the app. Users 25 and over spend 24 minutes per day. That puts it right in line with the 30 minutes per day Snap reported its users averaged in the first quarter this year. 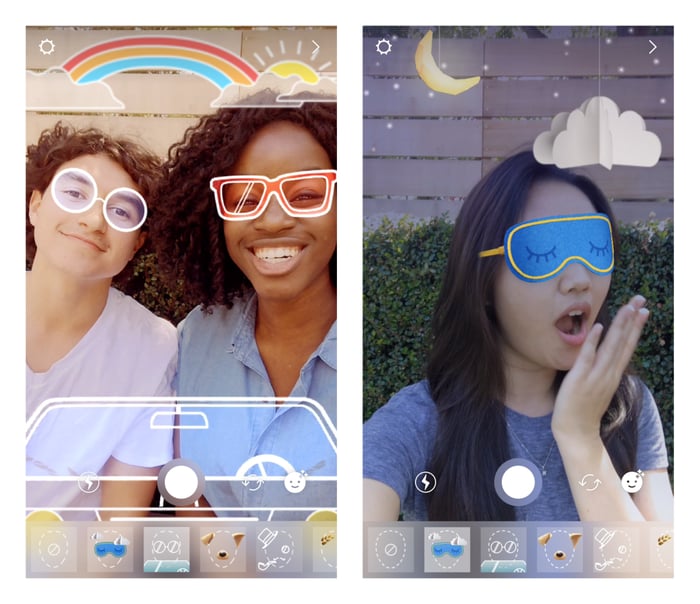 Hitting Snap where it hurts

But Instagram's engagement numbers give it even more ammunition to take to marketers while Snap struggles to scale its ad business to small and medium-sized businesses. That said, Snap's engagement is still a strong point. It's just not a huge advantage compared to Instagram.

Not only does Instagram have more users spending just as much time, on average, as Snapchat, it has all of the targeting power of Facebook. Even more than that, it has a funnel of existing advertisers and businesses on Facebook that it can easily bring over to Instagram. Snap is working from scratch.

It's easy to see the impact of that advantage. Facebook has 5 million active advertisers on its platform and 70 million active business Pages. Instagram already has 15 million business profiles since launching the service last year. 1 million of those businesses actively advertise in the app less than two years after opening its ad products to everyone.

Instagram's targeting and measurement capabilities put it leaps ahead of Snapchat, which has only just started working on improving both. The most important metric for most marketers is return on investment, and if they can't accurately measure their return, they're not going to invest a lot of money in ads on a platform. Better targeting allows advertisers to boost ROI.

Additionally, total time spent across Facebook's portfolio of apps provides advertisers an opportunity to expose users to their products even more through a single ad campaign. Facebook says its average user spends over 50 minutes per day across Instagram, Facebook, and Messenger. And while Instagram has 400 million daily users, Facebook has 1.3 billion daily users. Snapchat can't come close to that kind of engagement.

Snap's engagement advantage is quickly disappearing. And if it wasn't enough to convince advertisers to spend significant portions of their ad budgets on the platform before, the rise of Instagram Stories makes it even less appealing now. And while the growing engagement on Instagram hasn't had a noticeable negative impact on Snapchat's user engagement, it's a definite possibility.

Snapchat is working with media companies on original content, third-party ad measurement companies, and its own self-serve ad platform to try to catch up to Instagram. But considering the rapid growth of Instagram just a year after launching Stories, it's hard to bet on Snapchat successfully winning over advertisers.