Sun Hydraulics Corporation (NASDAQ:HLIO) reported earnings after the market closed on Monday, and it didn't disappoint investors. Growth in demand for hydraulic and industrial electronics products is strong, margins are up, and if not for some acquisition costs, net income would have doubled as well.

The bullish earnings trend also has management eyeing its next manufacturing expansion, which should help drive future growth. Here are the highlights from a transitional quarter for Sun Hydraulics. 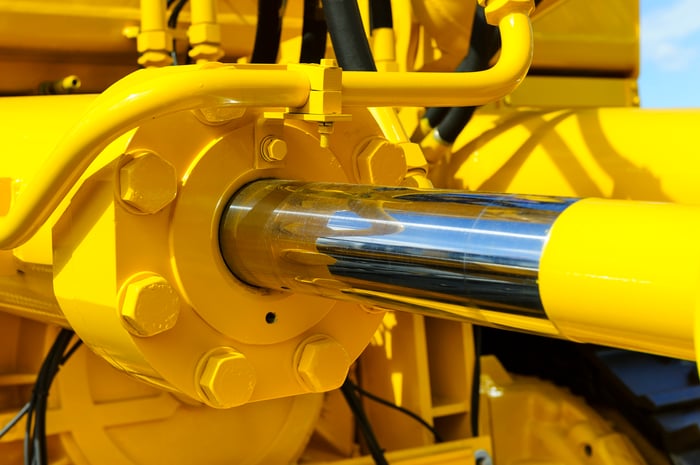 The headline numbers don't quite tell the whole story for Sun Hydraulics. Here are some important numbers from the quarter.

We recently identified property in South Korea which we believe is ideally suited for this purpose. Accordingly, we intend to purchase land and develop a production facility, of which approximately half of the cost is expected to be incurred in 2017, with completion in 2018.

The new factory may increase spending in 2017, but it should keep the company growing in 2018.

2017 is looking a lot stronger for Sun Hydraulics than originally anticipated, primarily driven by organic growth. To that end, management upped full-year guidance, increasing the expected revenue range $20 million to $315 million-$330 million and operating margin by 200 basis points to 22%-24%.

Momentum in industrial markets is strong, and Sun Hydraulics is able to ride that wave with a growing number of products. After Monday's earnings report, the year looks a little brighter for the stock as well.