Not surprisingly, the big sales declines made many investors nervous about whether a new auto sales downturn is about to begin. It also aggravated existing worries about dealer inventories. Still, the month of July wasn't as bad for automakers as it may appear at first glance.

You can't blame this one on rental cars

U.S. auto sales probably reached their cyclical peak last year. As a result, it has been fairly common during 2017 for automakers to report year-over-year sales declines. However, they have often attributed these reversals to a deliberate strategy of reducing deliveries to rental car companies. (Sales to rental car companies tend to carry very low margins.) 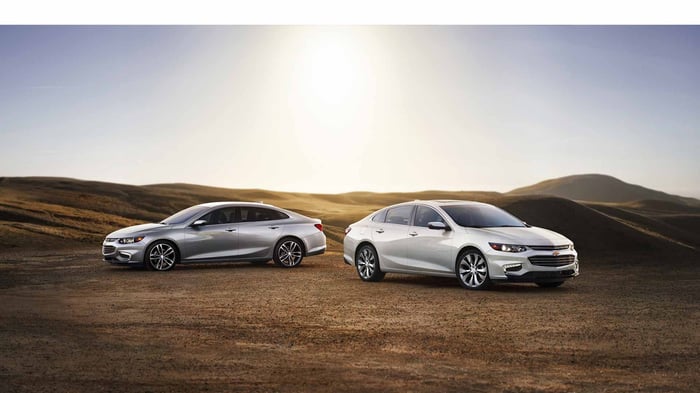 All three U.S. automakers continued to dramatically reduce their daily rental deliveries last month. In fact, at General Motors, a negligible 1% of deliveries went to rental car companies during July.

However, lower rental car deliveries weren't the only issue weighing down sales in July. GM, Ford, and Fiat Chrysler all reported lower retail sales as well. At Ford, the retail sales decline was a relatively modest 1%. By contrast, retail deliveries slumped 6% at Fiat Chrysler and dropped more than 14% at General Motors.

At first glance, the July sales results at the Detroit Three might seem to be cause for alarm -- especially the roughly 15% sales slide at General Motors. That said, automakers were facing tough comparisons, as July has been a particularly strong month for auto sales for the past couple of years.

For example, General Motors reported a 14.1% jump in retail sales in July 2015. It followed that up with a 5% retail sales increase in July 2016. Thus, despite its double-digit retail sales decline last month, the General still delivered more cars to retail customers than it did in July 2014.

Furthermore, from a high-level perspective, the situation does not look dire whatsoever. The seasonally adjusted annual rate (SAAR) for auto sales was a solid 16.7 million in July, compared to a SAAR of 17.8 million in July 2016. That was an unusually high level, as the U.S. auto market has never sustained a SAAR of 17.8 million for a whole year. (The full-year sales record, reached in 2016, is 17.55 million.)

New vehicles are the key to future success

Another potential explanation for the weak recent sales trends is that automakers don't have the vehicles that American consumers want right now. Auto development cycles are long, and a few years ago it looked like $3-$4/gallon gas was here to stay. As a result, automakers invested in revamping their lineups of fuel-efficient cars.

Instead, oil prices plunged, unlocking consumers' thirst for crossovers and SUVs, which tend to be larger and more comfortable. GM, Ford, and Fiat Chrysler are in the early phases of multiyear campaigns to update their existing crossover and SUV lineups, while introducing numerous additional models to cover every segment of the crossover/SUV market.

The early signs are promising. General Motors' new and recently redesigned crossover models all posted strong sales gains last month, bucking the trend for the rest of the company. 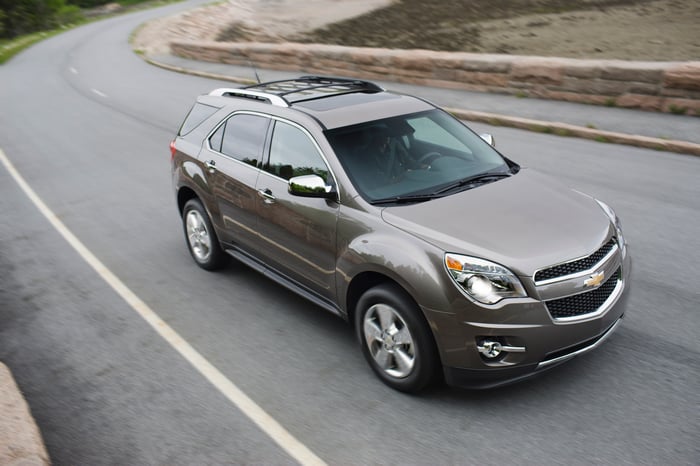 As automakers introduce new crossover and SUV models and update their existing portfolios, they may be able to get more people interested in upgrading their vehicles. Additionally, a further shift toward larger vehicles should boost average transaction prices and profit margins.

Investors should certainly continue to monitor U.S. auto sales. If the SAAR starts to drop below 16 million, it would suggest that fears of a meaningful slowdown are coming to pass. But the July sales results themselves are not a cause for concern.