Twitter's (NYSE:TWTR) ad revenue has been in decline since the fourth quarter, and investors shouldn't expect that to change in the second half of the year, either. COO Anthony Noto told analysts on the company's third-quarter earnings call that Twitter is facing a $75 million headwind due to its decision to shut down TellApart -- which helped marketers reach the same user across all of their devices. It also chose to de-emphasize some of its other ad products, putting pressure on ad revenue.

What's more, Twitter faces tougher comparables in the second half of the year for user engagement. Twitter benefited from the summer Olympics, streaming Thursday Night Football, and the United States presidential election last year. It won't have any of those tailwinds this year. 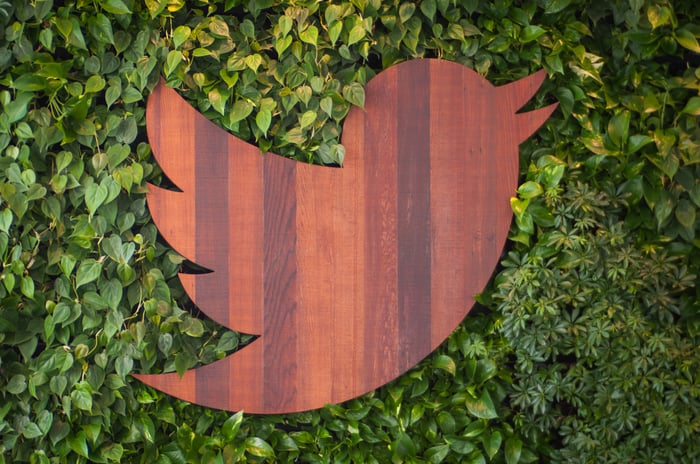 What's more, American users aren't generating as much revenue as they used to. Ad revenue from the U.S. fell below 2015 levels last quarter. Additionally, Twitter's second-quarter U.S. ad revenue fell below its first-quarter ad revenue, whereas most media companies see a seasonal increase in ad revenue in the second quarter.

At the beginning of the year, Noto told investors that Twitter's improvement in daily users will take some time to translate into ad revenue growth. His reasoning was that most of Twitter's ad revenue comes from direct sales to big brand advertisers, and those advertisers require long lead times to plan out their digital ad budgets.

But we're well into 2017 and past the important NewFronts event where advertisers commit to upfront ad spending on platforms like Twitter and Facebook. Twitter unveiled a new package of live-streaming deals to entice advertisers at the event, and Noto described its NewFronts appearance as "very strong."

To be sure, Noto said that if it weren't for the $75 million headwind from TellApart, "we could see an improvement in total revenue growth by fourth quarter." (It's not clear if "total revenue" includes data licensing, or if he's referring solely to ad revenue.)

If, however, user growth continues to slow -- especially in America -- it'll be hard for Twitter to achieve that optimistic outlook. Brand advertisers are attracted to large audiences. That's why Facebook and Google continue to dominate digital advertising. Even as Twitter focuses on high value-ad formats like video, it'll be hard for it to grow revenue without more users, especially as its struggles in the United States.