Joseph Ficalora is one of this era's most successful bank CEOs. He's created an enormous amount of wealth for shareholders of New York Community Bancorp (NYSE:NYCB), delivering one of the industry's best returns on investment over the past quarter-century.

The secret to New York Community Bancorp's success under Ficalora has been rooted in a combination of prudent acquisitions and a business model that maximizes efficiency and minimizes loan losses. 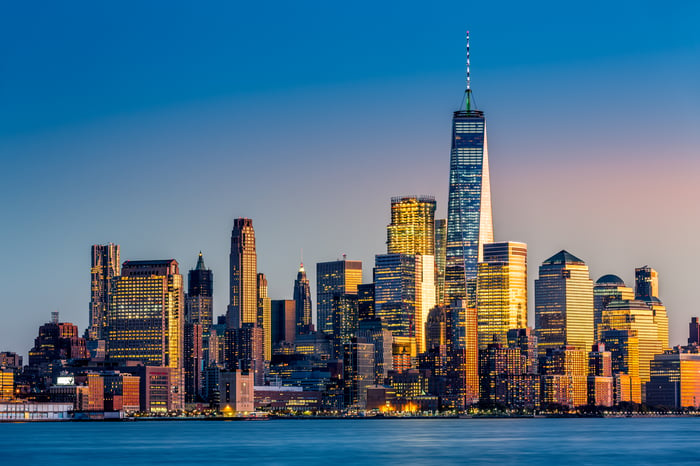 New York Community Bancorp has acquired nearly a dozen depository institutions over the past 17 years. In 2009, for instance, it acquired the assets and liabilities of the failed AmTrust Bank, which had been seized by the FDIC.

It was the exact type of deal savvy bankers wait patiently for. Not only would New York Community Bancorp have had to pay pennies on the dollar for AmTrust, but it was also able to leave behind any nonperforming loans as well as real estate that AmTrust owned as a consequence of foreclosure.

Furthermore, as Ficalora noted at the time, a loss-sharing arrangement with the FDIC mitigated the "significant credit risk that would likely attend a more traditional merger or acquisition."

The size of these deals gives New York Community Bancorp scale, which has long translated into one of the industry's lowest efficiency ratios. Prior to the passage of the Dodd-Frank Act in 2010, which significantly increased compliance costs throughout the industry, it spent only 36% of its net revenue on operating expenses. Even today, after absorbing the added compliance costs, the bank's efficiency ratio came in at only 48% in the most recent quarter.

Both are extraordinary numbers. Most banks strive strenuously to get their efficiency ratios below 60%, with many coming in well above that.

On top of this, because a substantial portion of the loans in New York Community Bancorp's portfolio are collateralized by multifamily buildings in the New York City area that are subject to rent control, they essentially never have vacancies. This gives the buildings' owners a steady stream of revenue through all stages of the credit cycle.

As a result, even at the depths of the financial crisis, New York Community Bancorp wrote off a negligible percentage of its loans. Its net charge-off rate in 2010 was a mere 0.21%. That was 10 times less than the typical publicly traded bank.

These traits have fueled the extraordinary returns that New York Community Bancorp has earned since going public in 1993. Its shares since then have returned a total of more than 4,000%, compared to an analogous return of 640% among the 400-plus banks on the SNL U.S. Bank & Thrift Index.

It's for this reason that New York Community Bancorp's more recent performance has been so out of character. In 2015, it agreed to acquire Astoria Financial, the second-largest thrift in New York, with $15 billion in assets. Together with New York Community Bancorp's $49 billion in assets, the combined banks would emerge with a $64 billion balance sheet.

The decision to shoot past $50 billion in assets in one fell swoop was intentional on New York Community Bancorp's part. Once beyond that threshold, a bank becomes a systemically important financial institution, or SIFI, which subjects it to much more rigorous regulatory scrutiny under the Dodd-Frank Act and thus higher compliance costs. New York Community Bancorp's strategy was therefore to gain the scale that would be needed to absorb these added costs without seriously impairing its efficiency and profitability. 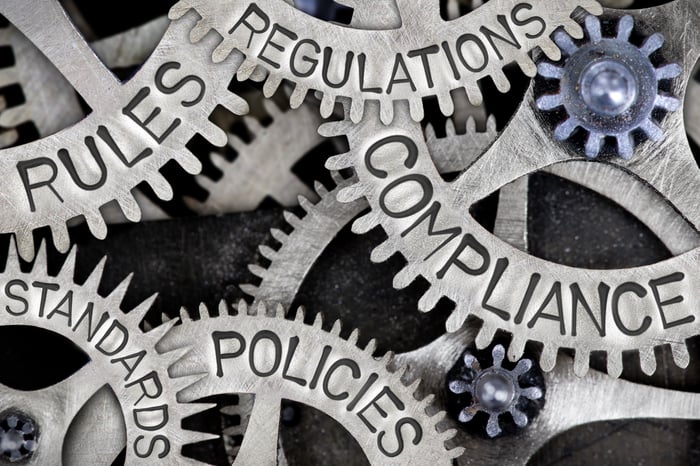 The plan made sense. It was logical. But it also appears to have run up against regulators' aversion to approving the creation of another SIFI. To this end, only a single bank has crossed the $50 billion threshold since it was created in the wake of the financial crisis.

New York Community Bancorp and Astoria Financial were consequently all but forced to call the deal off at the end of last year. But that wasn't until after New York Community Bancorp had already taken material steps to prepare for the enhanced scrutiny of being a SIFI. It boosted compliance costs, reconfigured its balance sheet, and cut its once-resplendent dividend by a third.

This tweaked the characteristics of New York Community Bancorp's fundamentals by increasing its efficiency ratio from 36% up to 48%, as already noted. And the cut to its dividend impacted the investment thesis in the bank, as it had long been considered to be the best dividend stock in the bank industry due both to its unusually high payout ratio, as well as its record of maintaining a consistent quarterly payout through thick and thin.

The net result is that New York Community Bancorp is a different type of investment today. It's still run by Ficalora, who remains one of this era's best banks. And at its core the bank is still the same institution that it was two years ago. But it will take time for the bank to repair its reputation as a savvy acquirer and dividend darling.