Shares of Forterra Inc. (NASDAQ:FRTA) crashed on Thursday and were down a breathtaking 52% at 11:00 a.m. EDT after the company's second-quarter results came in well below guidance, which it partly blamed on the weather.

Last quarter, Forterra guided that its adjusted EBITDA (earnings before interest, taxes, depreciation, and amortization) in the second quarter would be in the range of $50 million to $60 million. That was well below the $89 million consensus estimate and led to a massive sell-off in the stock at the time. Unfortunately, the second quarter turned out to be even worse than the company anticipated after it only generated $46.5 million of adjusted EBITDA, which was down from $74 million in the year-ago quarter.

Driving the miss was the adverse impact of Tropical Storm Cindy, excessive rainfall events around the country, and a decline in the average sales price of its products due to "unanticipated competitive pricing pressure," according to CEO Jeff Bradley. 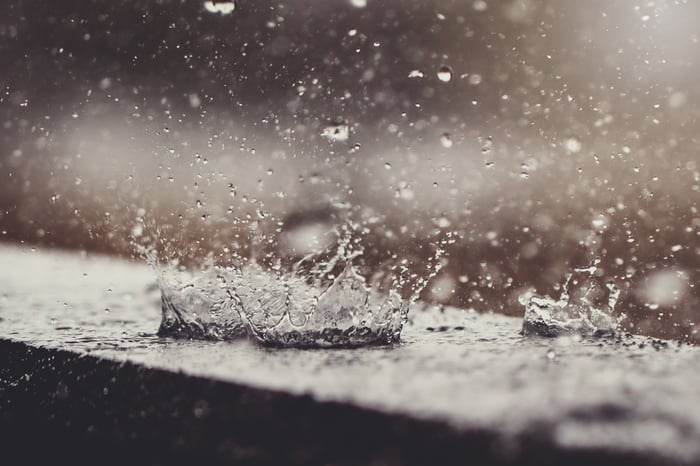 In addition, the company said that costs in the second half would be higher than initially expected, which will impact margins. As a result, it is pulling back its guidance for the full year. Furthermore, it now has reduced visibility on its ability to achieve its 2019 margin expansion goals.

Forterra's strategy to improve margins and earnings isn't working out as planned. While the weather was partially to blame for the poor showing in the quarter, the company doesn't seem to have a good handle on the competitive environment at the moment, which is weighing on its longer-term prospects. As a result, the market has lost complete confidence in management's ability to forecast. It will likely take time before investors start to trust the company again, so it could be a while before shares begin to recover from their beating in 2017 that has taken the stock down more than 80% since the start of the year.