Please ensure Javascript is enabled for purposes of website accessibility
Log In Help Join The Motley Fool
Free Article Join Over 1 Million Premium Members And Get More In-Depth Stock Guidance and Research
By Matthew DiLallo - Jan 31, 2018 at 11:39AM

The industrial supplier's stock got downgraded.

Shares of Forterra Inc. (FRTA) plummeted on Wednesday and were down 20% at 10:45 a.m. EST after an analyst at Goldman Sachs downgraded the stock.

The bank cut its rating on the pipe manufacturer from neutral to sell, and set its price target at $5 per share, which is still $2 above where the stock currently trades even after today's downdraft. The analyst argues that the company has limited growth prospects and faces rising input cost pressures, which would limit its ability to generate free cash flow. 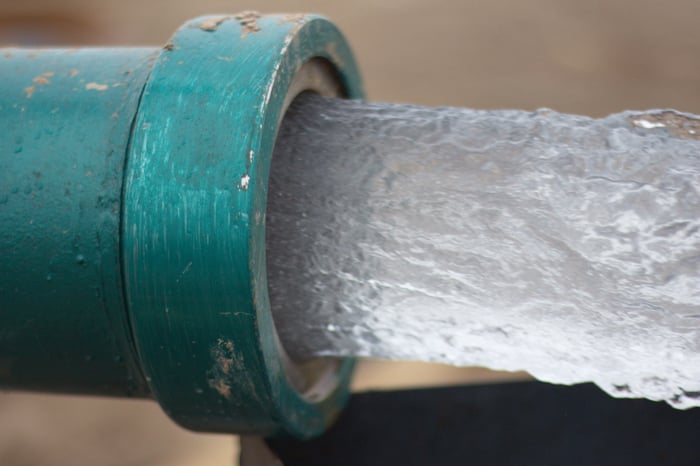 Forterra's share price has been excruciatingly volatile over the past year. Its downward spiral started last May after the company's disappointing first-quarter results, which led several analysts to downgrade the stock the next day. The crash continued in August after the company reported weak second-quarter results. The stock bounced back in November after Forterra posted better results in the third quarter. That said, the company is clearly struggling with weaker-than-expected demand for its water and drainage pipes.

Forterra endured a brutally tough 2017, with revenue expected to decline due to weaker demand, made worse by the impact of several hurricanes and the sale of one of its business units. While that deal enabled the company to shore up its balance sheet as it works through its other issues, Forterra has a long way to go before it wins back both analysts and investors. Because the company hasn't started turning things around just yet, today's sell-off doesn't look like a buying opportunity.

This Is Why Forterra Inc's Stock Is Spiking Today