Shares of Forterra (NASDAQ:FRTA) stock are down 24.5% as of 12:15 p.m. EDT after the company reported first-quarter earnings earlier this morning.

A manufacturer of water and drain pipe, and of precast concrete structures such as bridge girders, Forterra seems a logical candidate to benefit from President's Trump $1 trillion infrastructure spending plan -- and one day it may -- but that day has not yet come.

Q1 sales at Forterra nearly doubled year over year to $338.3 million, yet still managed to fall short of analysts' expected $338.6 million. Crucially however, none of that sales growth came from organic growth. Rather, essentially all the company's sales growth came via acquisitions of other companies, which added $20.1 million to Forterra's drainage pipe business, and more than tripled sales in water pipes.

On top of everything else, Forterra lost money in the quarter -- $0.35 per share -- which was much worse than analysts' predicted $0.09 loss. 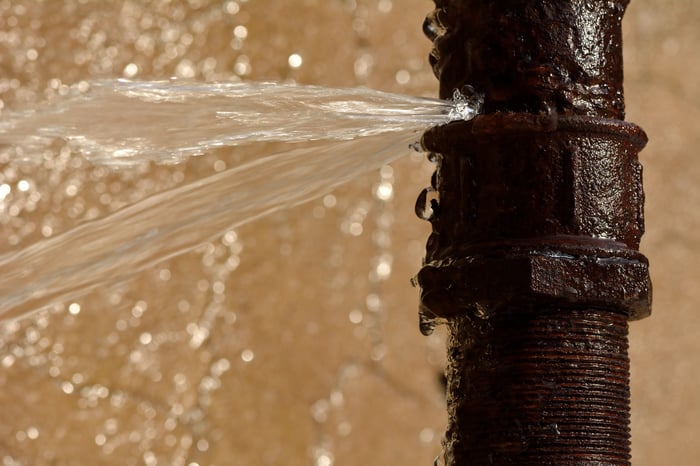 Forterra advised investors to expect to see it earn between $3 million and $10 million in the current fiscal second quarter 2017, which works out to somewhere between $0.05 and $0.16 per share in GAAP net profit. That's significantly worse than the $0.40 that analysts were expecting, which means after today's devastating loss, investors have little hope for better luck next time.

Granted, CEO Jeff Bradley is still holding out hope for better news in the second half of the year. Judging from today's wave of stock selling, however, it appears few investors are interested in waiting around to see if he's right.