Intel (NASDAQ:INTC) said this week that it has completed its tender offer for shares of Mobileye (NYSE:MBLY), the Israeli maker of advanced driver-assist systems that is seen as a leader in the emerging field of self-driving cars.

Officially, Intel's purchase of Mobileye probably won't be a done deal for another few weeks. But Intel and its soon-to-be subsidiary are already getting to work.

The first order of business? A new fleet of self-driving test cars. 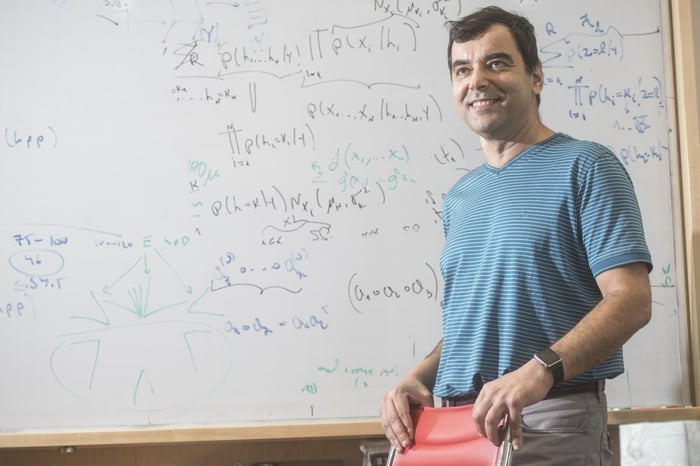 Mobileye (now described by Intel as "an Intel company") said that it will begin construction of a fleet of "Level 4" autonomous vehicles for testing in the United States, Europe, and Israel, where Mobileye is based. (Learn about the "levels" of self-driving technology here.)

The first vehicles will be deployed before the end of the year, it said, and its fleet will eventually number over 100 test vehicles. The vehicles will use what Mobileye described as a "hybrid solution," a combination of Mobileye's computer vision and automated-driving technologies with Intel's processors and "cloud" communication technologies.

The intent to build this fleet raises a question. From an auto-industry perspective, Mobileye (er, Intel) is a supplier, not a producer of completed cars. It's already working closely with a number of automakers, including BMW (OTC:BAMXF), on self-driving car projects.

Why would it need its own proprietary test fleet?

Intel and Mobileye were very clear that their intent isn't to compete with Mobileye's automaker clients. The point is to help speed the process of testing and refining self-driving technology -- and to serve as a rolling advertisement for the Intel-Mobileye system.

Intel and Mobileye announced last year that they have teamed up with giant auto-industry supplier Delphi Automotive (NYSE:DLPH) to bring a "turnkey" Level 4 self-driving solution to market by the end of 2019. This fleet is another step toward that goal. (The three partners are also working with BMW in a separate-but-related effort.)

"This [test fleet] does not replace any customer activities; it is additive to them," Mobileye's co-founder and chief technology officer, Amnon Shashua, said. "Our customers will benefit from our ability to use this fleet to accelerate our technology development. We want to enable automakers to deliver driverless cars faster while reducing costs -- data we collect will save our customers significant costs."

Before Intel, Mobileye didn't have the ability to build a test fleet on its own (and vice-versa.) But the two companies together will have the needed skills and products, Shashua said.

A rolling demonstration of the Intel-Mobileye tech

Mobileye said that the fleet will include different types of vehicles from several different automakers, to demonstrate that the system can be quickly adapted to different customers' products.

And, of course, it's a terrific advertising tool. The operation of the fleet in testing will be an ongoing demonstration of the Mobileye-Intel system to current and potential Mobileye customers -- as well as to investors like us, who are looking for ways to invest in the coming wave of self-driving vehicles. We'll be watching.