Ray Dalio is the founder, chairman, and chief investment officer of Bridgewater Associates. It's the world's largest hedge fund, with $150 billion in assets under management.

This is a guy who knows a thing or two about investing. And his specialty is macroeconomic investing -- reading the global economic and political tea leaves, and then placing bets on how they will influence financial markets.

Dalio has joined a growing chorus of highly esteemed investors who have begun issuing warnings about asset markets, the stock market obviously being one of them.

At the beginning of June, Dalio published a post on LinkedIn about the possibility that political developments in the United States and around the world might cause a major disruption in financial markets.

When you read things like this from someone as notoriously rational as Dalio, you'd be excused for thinking that he must have composed it late at night after indulging in one too many glasses of wine. But on Thursday of this week -- i.e., two months later -- he doubled down in another LinkedIn post.

In case you're wondering, we're currently experiencing incredibly low volatility right now, as you can gather from the eerily low level of the S&P Volatility Index (VOLATILITYINDICES:^VIX). 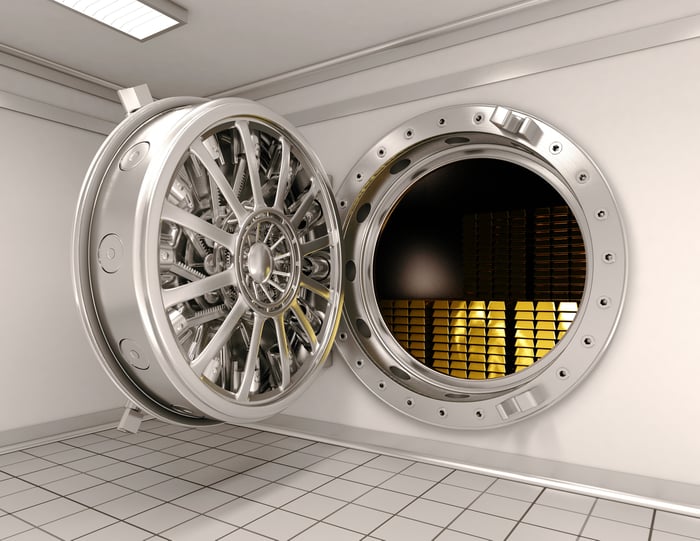 To put the current level of the so-called VIX into perspective, if you go back to the beginning of the index in the early 1990s, its average closing price has been 19.5. Out of thousands of trading days, moreover, it has closed below 10.0 on only 28 days. But the majority of those days, 19 to be precise, have been this year.

Oaktree Capital CEO Marks made this very point in his latest memo to the fund's investors. What Dalio and Marks are saying, in turn, is that this could be the prelude to much greater volatility in the markets.

But the problem is that most people aren't expecting this to unfold. And the reason they don't expect it to happen is grounded in hindsight bias.

"[P]eople adapt to the circumstances they have experienced and are then surprised when the future is different than the past," writes Dalio, laying out the second prong in his latest argument.

Because volatility has been so low over the past few months, in other words, most people expect it to stay low. But, again, this goes against his firm's analysis of the ebb and flow of volatility in the past, which shows that the opposite has historically been the case.

This is why Dalio thinks investors should allocate a portion of their portfolios to gold. From his latest post:

When it comes to assessing political matters (especially global geopolitics like the North Korea matter), we are very humble. We know that we don't have a unique insight that we'd choose to bet on. Most importantly, we aim to stay liquid, stay diversified, and not be overly exposed to any particular economic outcomes. We like to hedge our bets, though we are never completely hedged. We can also say that if the above things go badly, it would seem that gold (more than other safe haven assets like the dollar, yen, and treasuries) would benefit, so if you don't have 5-10% of your assets in gold as a hedge, we'd suggest that you relook at this. Don't let traditional biases, rather than an excellent analysis, stand in the way of you doing this (and if you do have an excellent analysis of why you shouldn't have such an allocation to gold, we'd appreciate you sharing it with us).

For individual investors, there are two main ways to gain this exposure -- assuming that you don't go out and buy actual gold bars, which seems unwise given the transaction costs that would be involved in doing so.

In the first case, you can invest in an index fund that owns or tracks gold. The biggest is the SPDR Gold Trust (NYSEMKT:GLD). It has $32 billion in net assets and, as such, doesn't tend to move as violently as other kinds of gold exposure. The SPDR Gold Trust is thus the best avenue for risk-averse investors.

Alternatively, to dial up the risk and thereby the potential profit, as opposed to just hedging against a drop in the market, you could go with gold miners such as Barrick Gold (NYSE:GOLD) or Yamana Gold (NYSE:AUY).

(To learn more about all of this, check out Sean's take on Yamana here and on Barrick Gold here. And here's his take on gold more generally.)

Now, there's no reason to go whole hog on gold. After all, Dalio recommends allocating at a minimum only 5% to 10% of your portfolio to it. But given everything going on in the world right now -- not to mention the fact that the revered heads of Berkshire Hathaway and Oaktree Capital have expressed caution about the markets as well of late -- it's probably not such a bad idea to consider Dalio's advice.