There is a disconnect in the financial industry, and it is yet to be resolved.

The problem is that too many people who work as financial advisors aren't legally required to have their clients' best interests at heart. Unlike lawyers or doctors, who are bound by oath to do no harm or to represent their clients' interests faithfully, financial planners and advisors are free to sell any manner of subpar products, and frequently, many of them do.

The fiduciary rule, proposed under the Obama administration seeks to resolve this conflict by ensuring that advisors are legally bound to serve their clients' interests in matters related to retirement accounts. While many advisors already operate this way, the fiduciary rule expands that responsibility to all advisors. Since Donald Trump's election, however, the rule is on shaky ground. A full review is underway, and the future of the Fiduciary Rule hangs in the balance.

Officially, the rule went into partial effect on June 9, 2017. It's all an illusion though because the Department of Labor says they will not enforce any parts of the rule until full implementation -- currently scheduled for New Year's Day 2018. 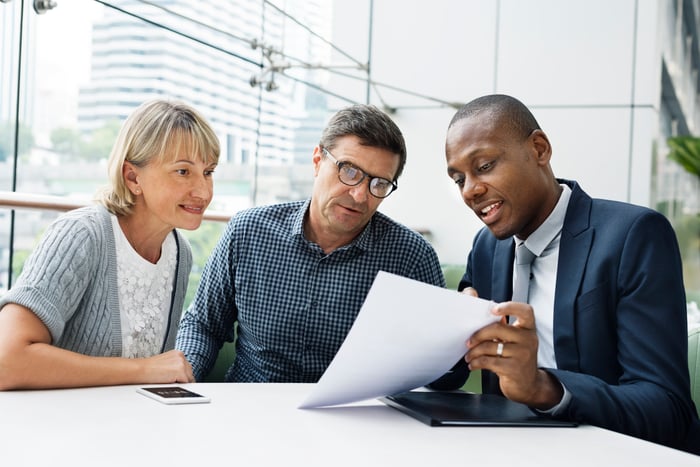 It all comes down to fees.

Even a small difference in the fees between one investment and another can lead to large losses over extended periods of time, exactly the kind of time that investments in retirement accounts typically hang out for.

Imagine a 25-year old who invests $100,000 in two separate portfolios, cheerfully named Chunky Monkey and Cherry Garcia, respectively. This investor leaves both portfolios to grow until his retirement, forty years later. Figure 1 shows the impact a 2% difference in fees can have on a retirement portfolio.

Figure 1: The Impact of Fees*

As you can see, the difference is substantial, and when financial advisors recommend high-fee products for no good reason other than to line their own pockets, it hurts your ability to accumulate funds for your retirement.

There is a lot to consider when it comes to retirement and saving for your future. You want to make sure you have enough money waiting for you when you enter your golden years, and the last thing you want is to have your advisor working against you.

A conflict of interest

Imagine if a financial advisor was being paid a commission by a mutual fund to steer people toward that particular fund. Does that sound ethical to you?

Mutual funds are allowed to sell their shares in multiple share classes, often designed as A, B, or C shares. While the underlying investments in each class are the same, the commission structures built around them are different. Analysis of broker compensation by share class shows that incentives work, and brokers routinely steer investors into the class of shares that pay the highest commissions.

Even when the same exact investment is being sold, brokers will advise clients to buy the option that yields the most money for the advisor. Imagine being presented with two options, as shown in figure 2.

The underlying investments in either option are identical. Which one do you choose?

Obviously option B, as it has the higher return. In reality, these investments were two identical reverse convertibles sold by JPMorgan Chase, and consumers purchased 10 times more of the return-dominated convertible than the superior note.

This sort of behavior goes beyond just a few high-profile cases and looks to be a systemic issue. A study of 1.2 million financial advisors registered in the US from 2005 to 2015 found that 7% of them had misconduct records. The problem is even more pronounced at big firms, where as many as 15% of advisors hold a stained record. To make matters worse, "over a third of advisors with misconduct are repeat offenders".

Perverse incentives cause a lot of pain for consumers, many of whom are just looking for help deciphering a complicated and confusing financial landscape. A White House press release states that "conflicts of interest in retirement advice cost America's families an estimated $17 billion a year."

Even if the worst happens, and the fiduciary rule is struck down, that doesn't stop you from taking steps to protect yourself. If you have a financial advisor the first step is to make certain that they are a fiduciary, and legally required to put your interests first.

It may be harder than you think to find one, though. According to Tony Robbins, author of Unshakeable: Your Financial Freedom Playbook, of the 31,000 registered investment advisors in the US, more than 80% are dually registered as brokers. Dual registration of this sort creates a gray area when it comes to advisors being obligated to act in the client's best interests.

Ultimately the best option is to educate yourself so you can ask the right questions and identify the reliable advisors from the merely shady. At the very least, use a fee-checking tool like the one at America's best 401k to understand what kind of fees you are paying.

Can You Trust Your Financial Advisor? @themotleyfool #stocks Next Article
Current