Comcast's Universal Orlando is ending a popular Halloween show after 26 years, but there's probably a good reason for the move.

Disney's (DIS -0.68%) biggest rival in Central Florida knows that it needs more than just a single new hit to take on the onslaught of new attractions coming to Disney World in the coming years. Comcast's (CMCSA -0.45%) Universal Orlando announced on Tuesday morning that the upcoming Halloween Horror Nights season will be the last featuring the Bill & Ted's Excellent Halloween Adventure show that has been an integral part of the fright-fetching festivities for the past 25 years.

The initial reaction on social media to the "farewell tour" news understandably was anger from the show's fans. Bill & Ted offer up a rollicking performance jam-packed with timely pop culture jokes, scantily clad male and female dancers, and several jabs at Disney World. The irreverent show is a welcome break to the scare zones and walk-through mazes that dot the seasonal event.

However, it should be pretty clear that the reason the show is going away -- beyond drumming up the ire of traditionalists -- is that Comcast needs the theater that hosts the show. That space, which also hosts the Fear Factor Live show outside of Halloween Horror Nights, is adjacent to The Wizarding World of Harry Potter, and it's been long-rumored to be the home of the next Potter-themed e-ticket attraction. Sending off Bill & Ted may hurt right now, but it's near-term pain for what likely will be long-term gain. 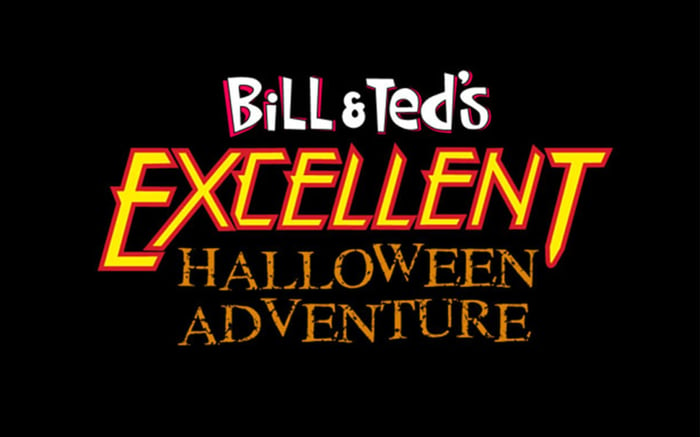 Taking on the World isn't easy

Universal Orlando has been closing the attendance gap with Disney in recent years, as the crafty handiwork of the arrival of Potter-themed attractions made the more than doubling of on-site hotel rooms possible. Disney's been largely phoning it in over the past decade, but that's about to change. Disney World unveiled several potentially bar-raising additions to its resort in the coming years, finally awakening out of its Sleeping Beauty slumber.

Comcast has been firing mostly blanks since hitting it out of the park with The Wizarding World of Harry Potter's expansion in 2014. Capacity restraints at the new Volcano Bay water park and lukewarm public reaction to new Kong and Jimmy Fallon attractions find it hungry for a turnstile-spinning upgrade. Super Nintendo World is expected to be the next game changer, but it's not expected to open until sometime after Universal Studios Japan gets the video game-themed update in 2020. There's a void to fill, and it comes at a time when Disney's building out Star Wars Land, Guardians of the Galaxy thrill rides, and its first Mickey Mouse-themed ride, which all should open in the next two years.

Comcast has received the wake-up call. It's shutting down the Dragon's Challenge roller coaster after Labor Day, clearing space for a more heavily themed family-friendly coaster experience that will open in 2019 at Islands of Adventure. And it won't end there.

Knocking down the Fear Factor Live theater that hosts Bill & Ted will allow it to add a well-needed second ride for the Diagon Alley expansion of The Wizarding World of Harry Potter at Universal Studios Florida. Whether it's the long-rumored Ministry of Magic attraction, or something else entirely, opening two Potter-themed rides in 2019 will arm it with the ammo bookends at the two adjacent parks that it needs to compete with what Disney has in its steaming-hot pipeline.

Bill & Ted's Excellent Halloween Adventure has produced some real zingers poking fun at Disney's Magic Band as mind-control technology, cookie-cutter culture, and Pandora -- The World of Avatar over the years. The popular show is going away, but likely only so Comcast can come back with an even bigger jab at Disney.