The rapid aging of the world's population should ensure that demand for healthcare products and services remains on the rise for decades to come. But how can income investors take advantage of the trend? We posed that question to a team of healthcare investors and they suggested to check out AbbVie (NYSE:ABBV), Medtronic (NYSE:MDT), and ResMed (NYSE:RMD). Here's why. 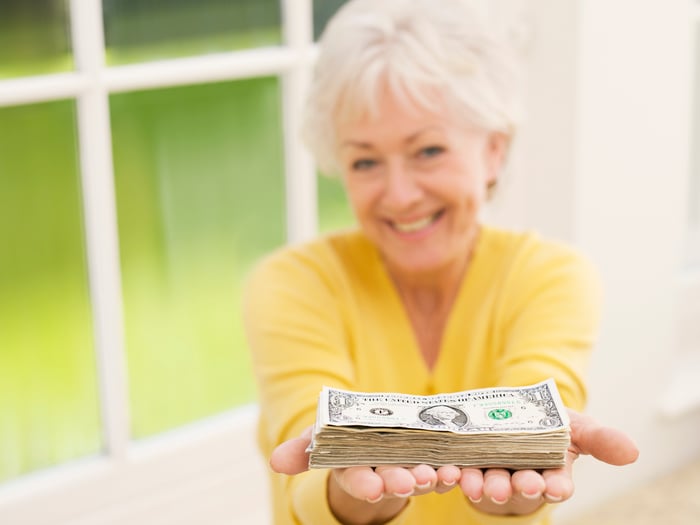 George Budwell (AbbVie): Despite being dealt a rather difficult hand after being spun off from its parent company Abbott Laboratories in 2013 due to the patent headwinds surrounding the megablockbuster anti-inflammatory medicine Humira, AbbVie has proven to be an outstanding dividend and growth stock. Since 2013, for example, AbbVie has produced industry-leading levels of revenue growth and has bumped up its dividend by a handsome 60% over the past four years. The net result is that AbbVie's shares have generated total shareholder returns in excess of 111% since inception.

This top healthcare dividend stock, though, does have its fair share of risk. As Humira still makes up over 60% of the company's annual revenue, and the company has leveraged its balance sheet to unsightly levels in order to acquire additional clinical assets to specifically address this issue, the drugmaker is undoubtedly in a delicate position at the moment.

Long story short, AbbVie needs most of its newly acquired cancer medicines like Imbruvica, Venclexta, and Rova-T, and its emerging anti-inflammatory product candidates such as upadacitinib, to live up to their megablockbuster potential. Otherwise, Humira's eventual decline will be extremely tough to overcome from a value creation standpoint.

The good news is that AbbVie's management does have an outstanding track record in bringing novel medicines to market in a timely fashion. That's not to say that clinical setbacks won't occur along the way, but the company has so far been one of the best at vetting its early-stage pipeline to avoid costly late-stage pitfalls.

In all, AbbVie's juicy dividend of 3.63% is arguably worth considering because of management's aggressive pursuit of new sources of revenue and the company's reasonable trailing-12-month payout ratio of only 59.5%.

Sean Williams (Medtronic): When I think of a dividend healthcare stock that investors could buy and hold over the long term with minimal worries, medical device giant Medtronic pops into my head.

In recent years, Medtronic's growth rate has slowed amid stiff competition and uncertainty regarding the future of healthcare in the U.S. and spending in Europe. Debt issues in the EU have been a drag on the healthcare industry, while the Affordable Care Act's murky future with Republicans in charge of Congress in the U.S. may delay optional surgical procedures and impede device makers' pricing power.

However, Medtronic is in the driver's seat of a numbers game that it should win. Within the U.S., and in practically every other country around the globe, life expectancies are on the rise. Simply put, it means we're living longer, and the number of elderly folks on this planet is rising. This is a trend that's expected to continue as access to medical care and prescription medicines improve. Medtronic, which specializes in improving the quality of life of its patients with its devices, would be expected to play a key role in assisting these elderly folks. With the U.S. Census Bureau calling for an explosion in the elderly population from 48 million in 2015 to 88 million by 2050, Medtronic is primed to win the numbers game.

Innovation is another separator for Medtronic. For example, last year the Food and Drug Administration approved the very first artificial pancreas device developed by MiniMed, a subsidiary of Medtronic. The MiniMed 670G could revolutionize treatment for the roughly 1.25 million people in the U.S. with type 1 diabetes. The device measures a patient's blood glucose levels every five minutes and administers insulin on an as-needed basis. Medtronic is often on the leading edge of medical device innovations.

As the icing on the cake, and a testament to its profitability, the company has increased its annual dividend in each of the past 40 years. What's more, CEO Omar Ishrak recently reaffirmed the company's stance of returning at least 50% of free cash flow to shareholders via dividends and share buybacks. Its 2.2% yield is modestly above that of the S&P 500, and all the more reason for you to consider adding this dividend healthcare stock to your portfolio.

Brian Feroldi (ResMed): There's roughly 1-in-5 chance that you suffer from some type of sleep-disordered breathing, even if you don't know it. That's a big problem as sleep-related breathing disorders can greatly increase a person's risk of developing heart disease, diabetes, and many other adverse conditions.

Medical device maker ResMed is on a mission to help fix this problem. The company is a leading provider continuous positive airway pressure (CPAP) machines that work all night to keep a patient's airway open.

Millions of patients around the world now depend on ResMed each day to help them get the sleep that they need each day. That's great news for investors because ResMed sells tubes and mask that are changed out frequently, which provides the company with a dependable stream of income. In turn, ResMed has been able to invest that recurring revenue into research and development so that it can continuously churn out new and better products that help to attract new customers. Recent innovations include a memory-foam mask called the AirTouch UltraSoft and the AirMini, which is the world's smallest CPAP machine.

Looking ahead, ResMed looks poised to continue delivering revenue, profit, and dividend growth for years to come as more patients worldwide are properly diagnosed with diseases like COPD and sleep apnea. With a current yield of 1.9% that only consumes 55% of net income and double-digit profit growth potential, ResMed is a rock-solid company that should appeal to income- and growth-focused investors alike.