Please ensure Javascript is enabled for purposes of website accessibility
Log In Help Join The Motley Fool
Free Article Join Over 1 Million Premium Members And Get More In-Depth Stock Guidance and Research
By George Budwell, Dan Caplinger, and Keith Noonan – Aug 1, 2017 at 10:30AM

These three stocks may be outstanding long-term growth vehicles.

Growth stocks are key components of any well-rounded portfolio. However, it's not always easy to identify stocks that can produce respectable returns on capital over long periods of time.

With this theme in mind, we asked three of our Foolish investors which growth stocks they think might be worth buying and holding right now. They suggested AbbVie (ABBV -0.14%), Take-Two Interactive (TTWO 0.09%), and Iridium Communications (IRDM). Read on to find out why these three stocks may be exceptional long-term growth vehicles. 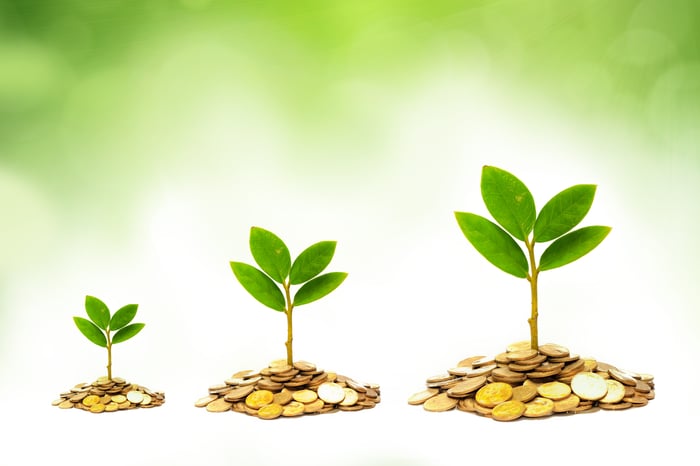 George Budwell (AbbVie): Despite the headwinds surrounding the legal defense for top-selling anti-inflammatory drug Humira, AbbVie continues to deliver industry-leading levels of growth, and this trend should be sustainable for the foreseeable future.

While Humira's sales do make up a disproportionate amount of the biotech's revenue at this stage (over 60%) and the threat of biosimilars is indeed real, AbbVie also sports one of the best late-stage clinical pipelines in the business. The drugmaker's slew of high-value clinical assets should not only be enough to offset Humira's eventual decline, but to keep the company's top line headed northwards.

At present, AbbVie is close to bringing an eight-week pan-genotypic hepatitis C treatment dubbed Maviret (glecaprevir/pibrentasvir) to market in the EU, the U.S., and Japan. Although it's hard to forecast how this drug will fare against Gilead Sciences' hepatitis C franchise, Maviret is in a good position from a competitive standpoint to turn into a fairly significant revenue source for the drugmaker moving forward.

Last but not least, AbbVie's heavy investment in next-generation cancer medicines should also ensure that it keeps growing once Humira's sales start to slip. The game-changing blood cancer medicines Imbruvica and Venclexta, for instance, are expected to rake in over $9 billion in combined sales by 2023.

All told, AbbVie seems well-positioned to continue producing top-notch revenue growth thanks to its stellar late-stage pipeline and foray into the high-growth oncology space.

Worth playing the long game

Keith Noonan (Take-Two Interactive): Video game stocks have been hot performers recently, but buying a company just because it operates in a hot industry can be a good way to trim the value of your investment dollars. I don't think that's the case for Take-Two Interactive stock, or the big-budget video game industry at large. While the barrier to entry for making mobile games has greatly eroded, producing and marketing the next blockbuster video game remains resource-intensive and requires a heavy degree of specialization.

Consider the fact that Disney, with its massive capital and treasure trove of great franchises, couldn't make its video game division sufficiently profitable and ultimately left the business. That speaks to the difficulty of operating in the space. So, given that a rush of new competitors capable of challenging Take-Two when it comes to bringing games to market doesn't seem likely, I think the company stands out as a compelling stock for the long term.

The global video game industry is still growing at a solid clip, and Take-Two's collection of properties and development teams puts it in good position to continue benefiting from high-margin digitally delivered content, expanding in international markets like China (where the company's NBA 2K Online is currently the top-performing online sports game on PC), and taking advantage of emerging opportunities like virtual reality and esports.

Compared to film and television, video games are still relatively young as a medium, and I think Take-Two has what it takes to capitalize as the industry continues to evolve.

Put your portfolio into orbit with this stock

Iridium has been in the process of upgrading its satellite network, and so far, implementation of the Iridium NEXT program has gone smoothly. The company just made its second launch of satellites in late June, and it expects the next group to go up near the end of September with expectations for full completion by next year. Although Iridium is largely treading water at this point, calls for dramatic rises in revenue and improvements on the bottom line by 2019 reflect the potential that Iridium NEXT has to drive further business. Add to that the potential for applications related to the Internet of Things in remote areas of the world, and Iridium has plenty of opportunities for future growth that could allow it to tap into the ever-increasing demand for ubiquitous connectivity.

3 Stocks That Could Soar More Than Priceline
351%