If you're looking for tremendous growth, these three stocks should have plenty of room to run.

Some stocks grow at a frantic pace for a while, then fizzle out. You definitely don't want to try to buy a high-growth stock that's on its last legs. But if you can find a stock with tremendous growth prospects that's only in its early stages of growth, you've got a winner. 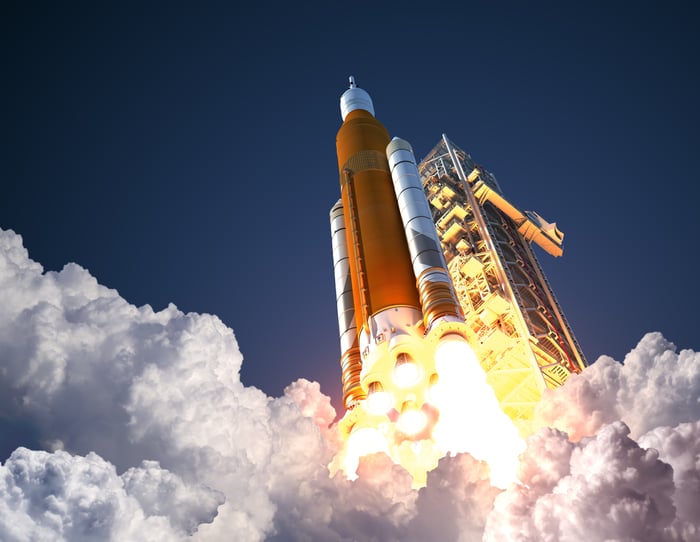 Reuben Gregg Brewer (A.O. Smith): "Getting started" isn't quite the right term for A.O. Smith, where earnings rose at a 25% compound annual rate between 2010 and 2018. The real issue is that earnings in 2019 are projected to rise by just 4%. The culprit is a projected sales decline in China of between 6% and 8%. That country accounts for most of A.O. Smith's foreign sales (about 36% of revenues). Expansion in China has been the main driver of the company's growth over the past decade. Short-sellers have compounded the issue with claims the company says are untrue.

Here's the thing: A.O. Smith makes water heaters, water purifiers, and air purifiers. These are slow-growth businesses in developed markets (64% of sales). In China, where people are still rising up the socioeconomic ladder, they are still in high demand. The company believes that China will remain a key market despite the recent setback. But A.O. Smith isn't relying on China -- it is also moving into India, where the target market is projected to double by 2030. 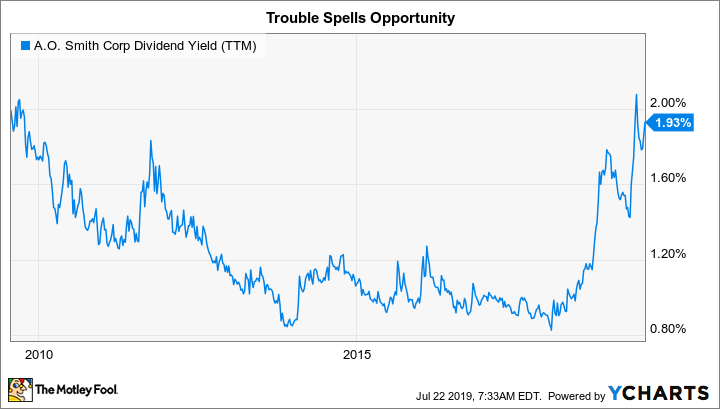 So A.O. Smith is more like a high-growth stock that stumbled but that is likely to regain its footing -- and that will allow it to get started again. This stumble, however, makes the stock an interesting opportunity for income investors, since the yield is currently near its highest levels of the last decade. Equally important, the dividend has been increased annually for 25 consecutive years with a roughly 20% annualized rate of increase over the past 10 years. If you are a growth investor with a dividend bias, buying now and waiting for A.O. Smith to get started again could be well worth the effort.

A top player in interactive entertainment

Keith Noonan (Take-Two Interactive): Despite some pullback for the stock over the last year, Take-Two Interactive has put up incredible performance if you take a longer view, with shares up roughly 400% over the last five years and more than 1,200% over the last decade. The company has benefited from industrywide trends like consumers increasingly downloading games and content updates directly instead of buying them from brick-and-mortar outlets, but much of its incredible business and stock performance has stemmed from stellar franchise management. And while the company's stock has outperformed most of its industry peers, not all of its successes appear to be fully appreciated.

Look at Red Dead Redemption 2, for instance. Take-Two launched the latest entry in its Wild West, open-world action series last fall, and the title quickly crushed expectations. Prior to release, many analysts projected that the game would end its run having sold somewhere between 15 million and 20 million copies. Yet Red Dead Redemption 2 managed to ship more than 24 million copies less than seven months after release.

It's possible that investors are reticent because Red Dead's online mode has yet to show that it can be a huge performance driver in the same vein as Take-Two's own hugely successful Grand Theft Auto Online. However, Red Dead Redemption 2 may still be at a relatively early stage in its overall product life cycle. There's a good chance that the game will receive an updated release on the PC platform -- and potentially next-generation consoles from Microsoft and Sony.

This same strategy of staggering releases across platforms helped Take-Two's Grand Theft Auto V sell roughly 110 million copies and go on to become one of the most successful entertainment releases ever. With Red Dead Redemption 2's potential looking underappreciated, more games on the way in the Grand Theft Auto and NBA 2K franchises, and plenty of room for growth in the global games market, Take-Two's impressive run looks likely to continue.

The next big thing in healthcare

Keith Speights (Guardant Health): I know, there's so much talk about this or that being "the next big thing" in healthcare that it's hard to separate what's real from the hype. But I don't think it's an exaggeration to claim that liquid biopsy will truly revolutionize healthcare. I also don't think it's a stretch to say that Guardant Health is a clear early leader in the space.

You've probably heard of physicians obtaining a biopsy from a patient who is suspected of having cancer. A piece of tissue is removed, usually through a surgical procedure, then sent to a lab for testing. It's an involved process that is typically performed only when there's a good reason to think a person might actually have cancer.

With liquid biopsy, though, all that is required is a simple blood test. The blood is analyzed to determine if there are tiny fragments of DNA that have broken off from cancer cells. As you might expect, liquid biopsy could radically change how cancer is diagnosed.

All of these products are still only in their very early stages. Guardant Health is without question a pioneer in liquid biopsy. I think the potential is enormous and view this stock as one of the best high-growth picks on the market.