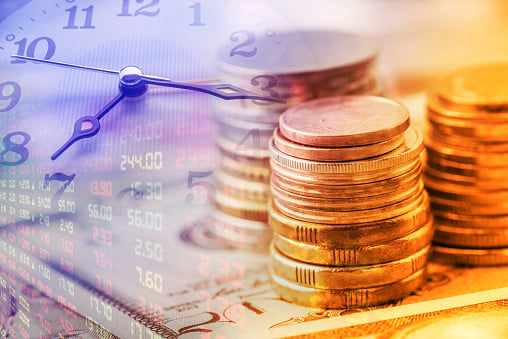 Tim Brugger (Garmin): Garmin has expanded its product lineup to include fitness trackers and 360-degree action cameras, among others, but for many of us it's still the first name in global positioning system (GPS) solutions.

Beyond the obvious handheld GPS devices, Switzerland-based Garmin has quickly become a force to be reckoned with in the fast-growing drone market, in addition to its more "traditional" aviation business. And it is making progress in fitness bands.

Garmin's outdoor unit, its largest, was also its fastest-growing in the second quarter, soaring 46% to $194.8 million. Outdoor now makes up nearly 25% of Garmin's total sales of $816.9 million, and there doesn't appear to be an end to its growth in sight. Garmin CEO Cliff Pemble cited "strong demand" for the GPS-enhanced Fenix 5 watch series as key to the unit's success.

Garmin's next-fastest growing division, aviation, also utilizes its industry-leading GPS solutions. News that Garmin recently got the OK from aviation officials to unveil its new-ish G1000 NXi flight platform across Europe should give its already strong-performing division a boost.

Yes, Garmin's operating expenses inched up 5% to $275 million, but much of that was for research and development focused on its all-important aviation and wearable products, and it's working. With a dividend yield hovering near 4%, Garmin pays its shareholders more than twice as much as many of its peers. Toss in multiple growth opportunities, and Garmin belongs on a list of high-yield stocks of companies with a monopoly-like market position.

Ever wondered how valuable trash can be?

Neha Chamaria (Waste Management): A dividend yield of 2.3% may not be high, but Waste Management's near-monopoly hold in an essential-services industry is unmistakable. So is the company's dividend streak.

Waste Management hauls, disposes, and recycles trash, and currently serves more than 21 million customers in the U.S. and Canada, making it the largest player in the industry. Its leadership position, however, isn't its only competitive advantage -- the company manages waste end to end, from collection to recycling, and has such a huge and well-established network of landfill facilities that other haulers pay tipping fees to use them too. In other words, Waste Management has nearly monopolized the trash-handling industry, which also happens to be the kind of business that'll likely be around for centuries.

While Waste Management might be a great investment for nearly any kind of investor, income investors have particularly strong reasons to consider the stock. Consider that the company has increased its dividends for 14 consecutive years and currently pays out less than 60% of its net income and free cash flow, leaving enough room for higher dividends in future. This year, management aims to grow its earnings per share by nearly 8% at the midpoint from last year's adjusted EPS of $2.91 and is targeting FCF between $1.5 billion and $1.6 billion.

On a total-return basis (share price + dividend), Waste Management has handily outperformed the broader market over the past decade, thanks to a solid foothold in a recession-proof industry and a strong commitment to shareholders. As long as consumers generate waste, this trash-management specialist should continue to reward investors.

All the beer that's fit to drink

Rich Duprey (Anheuser-Busch InBev): Anheuser-Busch InBev was already an industry titan before it bought SABMiller, but now that the two biggest competitors have joined together, the megabrewer virtually owns the beer market in the U.S.

Sure, there is token competition from Molson Coors Brewing and craft brewers like Boston Beer -- in fact, 99% of the more than 5,000 breweries in operation today are craft brewers -- but because of Anheuser-Busch's extensive distribution network, it controls much of what beer consumers see on store shelves and on tap. And it continues to reach further into the industry by buying up leading craft breweries; it has even extended its iron fist into the home-brew market by acquiring the biggest supplier in the business.

By itself, Anheuser-Busch controls 45% of the U.S. beer market, and globally owns about 28%. The brewer had attempted to corner the market on distributors, buying up a number of them and incentivizing others to carry only A-B products, before the U.S. Department of Justice put the kibosh on the plan. The DoJ also limited its unfettered ability to buy craft breweries. Sort of.

Since the Miller merger, A-B has purchased both Karbach Brewing and Wicked Weed Brewing without a hitch, as well as home-brew supplier Northern Brewer, and the Justice Department hasn't raised an eyebrow. Although craft-beer lovers are disconcerted that Anheuser-Busch seems to be creating the illusion of choice in the market with its acquisitions, the purchases should help slow the decline seen in the company's mass-brewed suds.

The megabrewer pays a dividend of $3.90 per share that currently yields 3.3%. Unlike many companies that pay quarterly, A-B makes its payout twice annually, with a larger portion paid early in the year and a smaller one later on. It also pays in euros, so exchange rates play a role in how much U.S. investors receive. But due to the company's ability to generate high cash flows, the path has largely been one of continuously rising payouts, though future growth is likely to be slower than it was in the past.