Some investments become living legends. The biggest winners started small, quiet, and maybe even hated before finding that golden business vein that led to 500% returns in a decade.

The trick with these incredible winners is, they're not easy to find before their rocket boosters are firing. So we asked a couple of your fellow investors at The Motley Fool to share their unknown legends, their uncut diamonds, their little secrets that could make it big.

Read on to see why you'll want to brag to the kids about finding Wheaton Precious Metals (NYSE: WPM), Square (NYSE:SQ), and First Solar (NASDAQ:FSLR) -- before they had become the obvious Next Big Thing. Eventually, this precious-metals royalty and streaming company will be worth bragging about

The clear advantage for precious-metal royalty and streaming companies like Wheaton are their low operating costs and substantial margins. Rather than maintaining the day-to-day mining activities designed to recover and produce gold, Wheaton Precious Metals helps mining companies expand or develop their mines with large upfront cash payments.

In return, the company receives a percentage of gold or silver production, and occasionally base metal production, for a long period of time. This production is paid to the mining company at a well below market rate and then sold at spot prices, with Wheaton netting the difference. During the second quarter, the company's average cash costs were just $4.51 per silver ounce and $393 per gold ounce, yielding a cash operating margin of $12.58 per silver ounce and $870 per gold ounce.

Additionally, Wheaton's royalties and streams are spread out over a number of mines, meaning no single mine can tank its quarterly or annual performance. We've witnessed this in action recently with Wheaton's silver stream at the San Dimas mine compromised by a labor strike and the uncertain future of its operation. Even with these concerns, Wheaton is generating so much in margin from its other mines that it maintains a production forecast for 28 million silver ounces and 340,000 gold ounces this year.

There's also the macro case for spot gold and silver. Even though rising interest rates are generally bad news for gold and silver, since it increases the opportunity cost of owning these non-yielding lustrous metals, geopolitical uncertainty and pockets of strong physical demand relative to tepid supply growth gives this writer the belief that gold and silver prices are heading higher. And there's arguably no company that will more directly feel the impact of higher precious-metal prices than Wheaton Precious Metals. Anders Bylund (First Solar): Fossil fuels are going the way of the dodo. Not today, not this decade, but it will happen eventually. Someday surprisingly soon, gas-powered cars will become collector's items and then museum pieces. Using coal for power generation will be legal only in massively underdeveloped countries. Renewable alternatives are taking over, and solar power leads that charge.

And of all the solar stocks on the market today, I would bet that First Solar will remain standing in 10 or 20 years -- having made plenty of millionaires along the way.

First Solar's power position isn't obvious to every investor, of course. The company's annual sales are down to $2.6 billion these days, 28% below the peak in fiscal 2015. Over the same two-year period, operating income has turned negative and free cash flows are down to a slender $193 million. 22% of First Solar's shares are being sold short, because these are not the metrics you'd expect from an unstoppable titan of industry.

But First Solar is well equipped to weather a few storms here and there. Its balance sheet holds $2 billion of cash equivalents and a minuscule $160 million in long-term debt, giving the company plenty of flexibility to make infrastructure investments or launch buyouts -- even when the cash isn't flowing in. So we have a company holding $1.8 billion in liquid cash and short-term investments, but the stock is valued at just $5 billion.

If that's not enough value for you, First Solar is also trading below book value right now. In other words, investors are saying that they would be better served if First Solar simple quit doing business and sold off all its assets to generate cash for its owners.

That's just wrong on so many levels.

For the first time ever, power generated by solar panels is becoming more cost-effective than burning coal or natural gas. On top of that, First Solar's sixth-generation panels promise to bring down production costs by another 40% as early as 2019. What we see today is a temporary slowdown in an industry that's sure to thrive for decades, and First Solar's rock-solid balance sheet will carry the company through these dark clouds.

So you're betting against a large group of short-sellers if you buy First Solar today, but that investment will serve you well for the long haul. The grandkids will be suitably impressed by your stories about beating the long odds with a confident gleam in your eye. 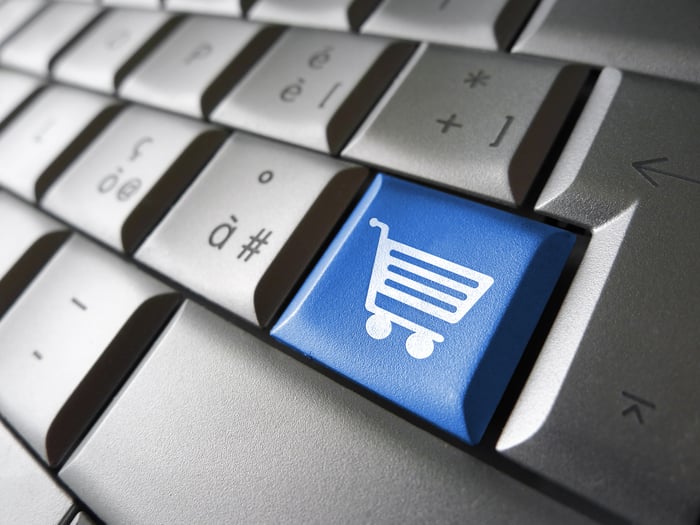 This disruptor is still just getting started

Matt DiLallo (Square): I'm not much of a braggart when it comes to investing, since much of my success has been due more to luck than skill. Yet my skill level has improved over the years because I've been able to pick up on trends that tend to work consistently. One such trend is that a disruptive company that uses technology and innovation to improve the customer experience can yield market-smashing returns.

One industry that had been ripe for disruption is credit card processing, which used archaic and expensive machines to process transactions. The frustrations surrounding the accessibility of those devices led to the founding of Square, which was born after one of its co-founders couldn't accept credit cards to sell his art. That resulted in the creation of the company's first credit card reader. However, as Square dug deeper into the process of accepting credit cards, the company found it to be a confusing, difficult, and expensive mess. That led to the development of an end-to-end system that is intuitive yet affordable so it can empower small businesses with the tools they need to thrive.

These solutions have quickly won over customers. In fact, Square currently has millions of active sellers who transacted $53 billion of gross product value over the past year. But there's plenty of room to run, which should fuel healthy revenue and profit growth in the years to come. Over the long-term, the company believes it can grow its adjusted revenue by a 20% to 25% annual clip while maintaining an adjusted margin in the range of the 35% to 40%, which is up from an expected 13% this year.

That combination of rapidly rising revenue and expanding margins have the potential to fuel some brag-worthy returns for long-term investors.