Take-Two Interactive (NASDAQ:TTWO) has experienced strong growth in digital revenue lately stemming from consistently high player engagement in Grand Theft Auto V and NBA 2K. Engagement levels in Grand Theft Auto has been so strong, in fact, that management has had to temper expectations for sales performance in their previous guidance for fiscal 2018.

Grand Theft Auto V continues to trend high on the list of most watched games on Twitch all summer, which sets up the potential for better-than-expected performance going into the first quarter earnings release and, consequently, the potential for raised guidance for the year. And that's exactly what we got. 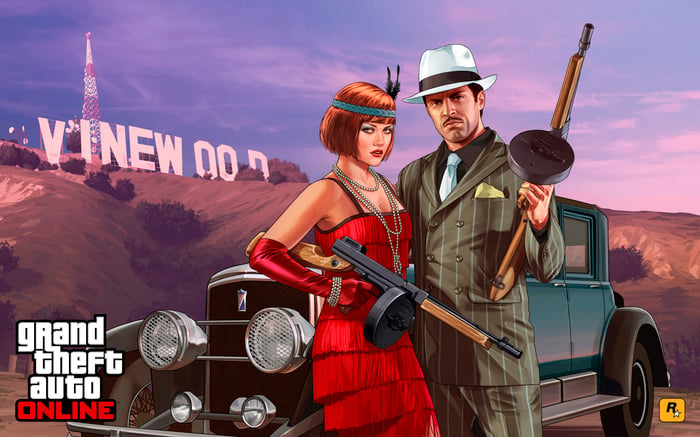 Additionally, NBA 2K17 engagement remained strong as Take-Two gets ready to launch NBA 2K18 in September. Recent acquisitions of mobile game developer Social Point and the popular PC game Kerbal Space Program also performed better than expected. The quarter was a really great start to what is expected to be a down year financially for Take-Two.

Grand Theft Auto V continues to rock along, being the single largest contributor to Take-Two's recurrent consumer spending, which made up more than 40% of total net revenue in the quarter. The game has sold more than 80 million units over the last four years since release. Management continues to see Grand Theft Auto generating record engagement in the current quarter, and for fiscal 2018.

The mentioned games contributed to an excellent start to the new fiscal year for Take-Two. Digitally delivered net revenue increased 56% to $268.2 million. Sales from virtual currency, downloadable add-on content, and micro-transactions, drove recurrent consumer spending growth of 72%. In total, recurrent consumer spending made up 41% of net revenue, which is up from 31% in the year ago quarter.

As digital revenue grows as a percentage of total revenue, margins expand because digitally delivered content has much lower cost to produce than physical game discs. This can be seen in the year over year improvement in gross margin where it was 53% in the first quarter compared to 38% in the year ago quarter.

The better than expected performance across major titles in Take-Two's catalog was good enough for management to raise guidance for the fiscal year. Management now expects non-GAAP net revenue to be $1.65 billion to $1.75 billion, which is up from their prior guidance of $1.42 billion to $1.52 billion. Cash from operations is now expected to be $200 million for the full year, up from previous guidance of $150 million. This is mainly due to better-than-expected player engagement levels in NBA 2K and Grand Theft Auto V in the first quarter, which management expects to continue throughout the year.

After the recent news that one of the game maker's biggest franchises was being delayed to fiscal 2019, the current year was expected to be down. However, if Take-Two keeps showing strong engagement and sales performance with existing games, fiscal 2018 may be more flat than down compared to fiscal 2017. This result would be a great tee-off for what's expected to be a big year of growth in fiscal 2019.