Thursday was a bad day for stocks, as a combination of terrorist attacks in Barcelona and a troubled political situation domestically put a damper on market sentiment. The Dow, S&P 500, and Nasdaq Composite all fell between 1% and 2% on the day, ramping up volatility as investors start to wonder whether the market will suffer a correction during the historically difficult month of September. Adding to the gloom was bad news from a number of individual companies. NetApp (NASDAQ:NTAP), Briggs & Stratton (NYSE:BGG), and Vipshop Holdings (NYSE:VIPS) were among the worst performers on the day. Below, we'll look more closely at these stocks to tell you why they did so poorly.

Shares of NetApp fell 7% despite the company reporting fairly favorable results in its fiscal first-quarter financial report on Wednesday night. The storage technology specialist said that product revenue rose 10% from the previous year's period, with sales of the company's innovative all-flash array nearly doubling. Yet even though overall net revenue growth of 3% and adjusted earnings results were better than expected, some investors are still nervous that extremely strong competition both from established industry players and newer up-and-coming entrants in the space will force NetApp to up its game if it wants to make the most of its opportunity in the booming industry. 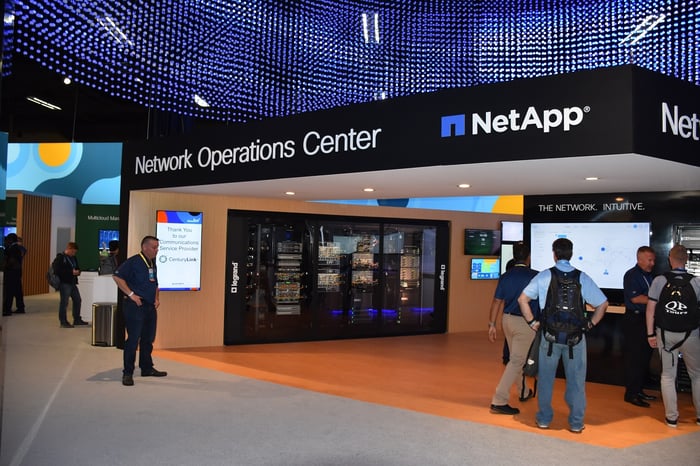 Briggs & Stratton stock slid 14% in the wake of the release of the company's fiscal fourth-quarter financial results. Net sales dropped 6% from year-ago levels, and the maker of outdoor power and lawn-care equipment said that adjusted earnings were essentially flat over the period, marking a slowdown from previous quarters. As CEO Todd Teske explained, "Lower-than-expected shipments of residential outdoor power equipment and engines resulted from certain North America channel partners making unexpected changes to their merchandising and inventory stocking levels during the spring selling season," and cautious attitudes among resellers crimped short-term results. Briggs & Stratton is optimistic about the coming fiscal year, but investors were in more of a wait-and-see mode in response to the report.

Finally, shares of Vipshop Holdings fell 8%. The Chinese online discount retailer's stock dropped in response to the company's second-quarter financial report, in which it said sales climbed by an impressive 30% from year-ago levels but that adjusted earnings were up just 8%. Active customer counts continue to climb, and the company still expects its future revenue growth to be extremely strong. Yet investors appear nervous about the ability for Vipshop to translate those sales into greater profits, especially as fulfillment costs climb. With prospects for competition continuing to arise, Vipshop will have to prove it can regain its momentum going forward.